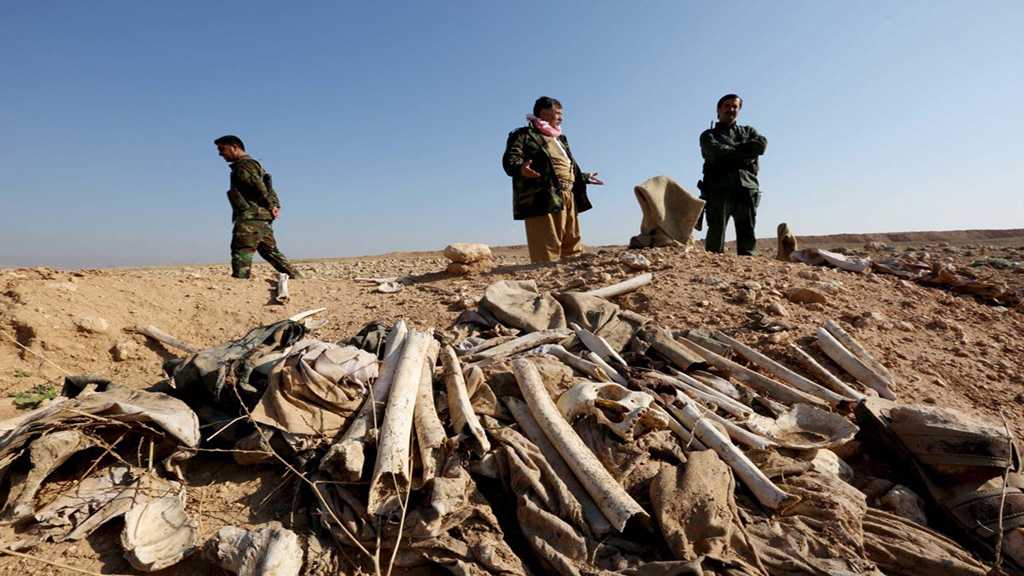 A UN team investigating the massacre of Iraq's Yazidi minority and other atrocities excavated 12 mass graves and is collecting witness accounts that could be used in Iraqi and other national courts, according to a UN report seen by AFP on Monday.

The UN Security Council agreed in 2017 to establish the probe to ensure that Daesh [the Arabic acronym for terrorist ‘ISIS/ISIL’ group] faces justice for war crimes in Iraq and Syria -- a cause championed by Nobel Peace Prize winner Nadia Murad and international human rights lawyer Amal Clooney.

In the report sent to the council, the head of the team, British lawyer Karim Asad Ahmad Khan, said efforts were focused on three initial investigations: the 2014 massacre of Yazidis, crimes committed in Mosul from 2014 to 2016, and the mass killing of Iraqi military recruits in the Tikrit area in June 2014.

The team began work in October, with the first mass grave containing Daesh victims unearthed in March and April in the Murad's home village of Kojo in Sinjar in northwest Iraq.

Ahmad Khan said "progress had been slower than hoped" in the investigation and stressed the need to establish "clear and effective channels" to use the evidence in Iraqi proceedings.

The Iraqi government had resisted calls for the UN probe despite evidence of more than 200 mass graves in Iraq containing victims of Daesh, who swept across northern Iraq in 2014.

Murad is among thousands of Yazidi women who were taken hostage and held as slaves, while hundreds of men and women are believed to have been executed by the group’s terrorists.

The United Nations described the massacre of the Yazidis by Daesh members as possible genocide.

As well as excavations of mass graves, the 48-member team has "engaged first-hand with survivors and witnesses" and has put in place a witness protection program, said the report sent to the council on Friday.

"In Mosul, Tikrit, Dohuk, and elsewhere in Iraq, victims have told harrowing accounts of their suffering, of entire communities erased and of women and girls taken as slaves," it said.

The team is negotiating agreements with Iraqi authorities to hand over evidence and is ready to provide material to other courts to hold Daesh members accountable for their crimes, it said.