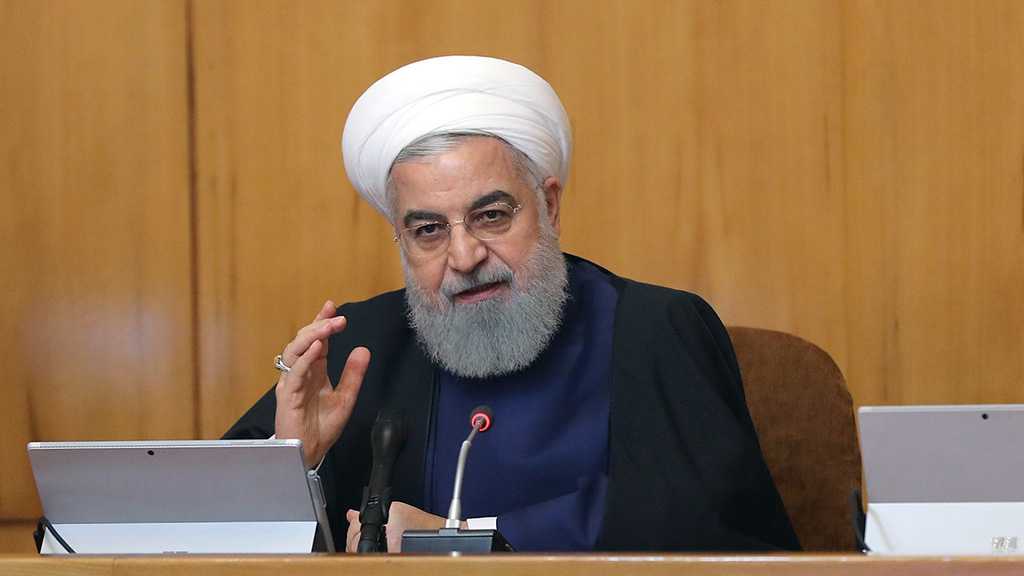 Iran is open for talks and diplomacy but those avenues are closed under the status quo, with its economy being strangled by the US, Iranian President Hassan Rouhani said, adding that Tehran's only option now is to resist.

Rouhani, under whose tenure the universally acclaimed 2015 nuclear deal was struck, said on Monday that his country welcomes diplomacy and all sorts of negotiation in principle, but will not be coerced into them by debilitating economic sanctions and military threats.

"I favor talks and diplomacy but under current conditions, I do not accept it, as today's situation is not suitable for talks and our choice is resistance only," Rouhani said, IRNA reported.

Rouhani added that the Iranian authorities feel the support of ordinary people who did not buy into the idea that Iran is responsible for the spike in tensions, despite attempts by "the enemy" to portray it as such. The unilateral nature of Washington's sanctions is prime evidence of Iran's victimhood, Rouhani said.

"If we walked away from the JCPOA [Joint Comprehensive Plan of Action – the formal name of the nuclear deal] with the US provocative acts, then, in addition to the US, the UN and the world would also impose sanctions on us," he said.

Rouhani admitted that the US sanctions crackdown on Iran has taken a toll on its economy, having severely impaired the Islamic Republic's international trade, considering that some 87 percent of global financial transactions are conducted in dollars. That shrunken ability to deal with the outside world and decreasing government revenues are Iran's two main concerns at the moment, he said.

US President Donald Trump hurled a fresh threat at Tehran on Monday, vowing to meet any provocation with "great force." Trump floated the idea of negotiations, but said it's exclusively up to Iran to take the first step.

"If they call, we will certainly negotiate, but this is going to be up to them," he said.