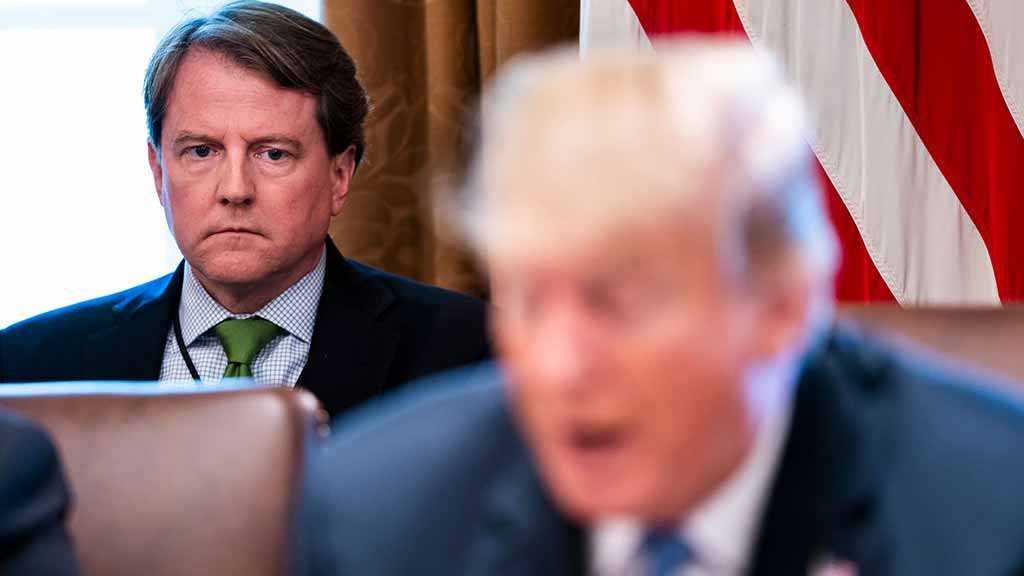 Donald Trump's former lawyer will ignore a subpoena to testify about the president's alleged obstruction of justice in the Russia probe, Don McGahn's attorney said on Monday.

McGahn was meant to testify at a House Judiciary Committee on Tuesday.

House Judiciary Committee Chairman Jerrold Nadler called the White House's move "the latest act of obstruction," and said "the Committee will convene as planned tomorrow morning, and Mr. McGahn is expected to appear as legally required."

Democrats want McGahn to talk about special counsel Robert Mueller's sprawling, 22-month probe into whether Trump colluded with Russians while running for president and then tried to impede the probe into that question after he was elected.

In his final report, released in mid-April, Mueller said he hadn't gathered evidence of collusion that would warrant charges of criminal conspiracy.

But it detailed a series of moves by the presidency against Mueller's investigation, including an attempt to sack Mueller that was blocked by McGahn.

Trump has hit back against these investigations, saying he's a victim of "harassment."

Meanwhile, political pressure mounts on the president, with a Republican congressman breaking ranks and making the declaration that the president's conduct was 'impeachable'.

Although many doubt Rep. Justin Amash of Michigan's move will be followed by any other Republicans, it does bring further proof that a political resolution might precede a legal resolution to Trump's woes.