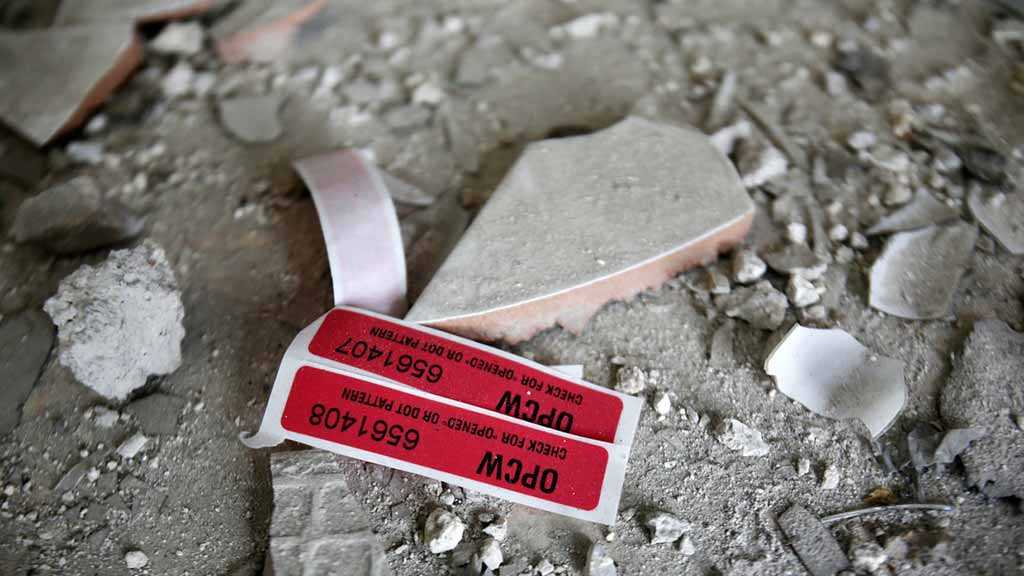 A leaked report by OPCW engineers contradicts the chemical watchdog’s official report on the April 2018 incident in Syria, and raises questions about political pressure by US, UK and France on the UN body.

In April 2018, as Syrian Army recaptured the city of Douma from Takfiri militants, the White Helmets – a self-styled civil defense group – claimed a chemical attack with chlorine and sarin gas killed over 40 people. Not waiting for UN investigators to reach the site, the US, UK and France launched airstrikes against government positions and declared Syrian President Bashar Assad was to blame.

In its final report on the incident, published in March 2019, the fact-finding mission of the Organization for the Prohibition of Chemical Weapons [OPCW] found no sarin, but said the cylinders with “molecular chlorine” were dropped from the air. The report cited unnamed, unspecified external “experts.” But there was another report, by OPCW engineers, that challenged these conclusions – and was never included in the final document.

This report was leaked last week to the Working Group on Syria, Propaganda and Media, a group of independent scholars and researchers that have been highly skeptical of official narratives about the Syrian conflict, pushed by militants and the governments that support them. “We have confirmation from multiple sources that it is authentic,” Dr. Piers Robinson from the Working Group said, reported by RT.

The most important finding of the leaked engineering report is that the gas cylinders used in the attack were more likely to have been placed by hand, implicating the militants, and not the Syrian government – and unraveling the official narrative.

“In summary, observations at the scene of the two locations, together with subsequent analysis, suggest that there is a higher probability that both cylinders were manually placed at those two locations rather than being delivered from an aircraft.”

Robinson says that the OPCW is not denying the document’s authenticity either, only trying to break the link between it and the final report by the fact-finding mission. That, however, raises more questions than it answers.

“The OPCW FFM final report was not signed off. No one’s name was put to it. That is very unusual for OPCW final reports,” Robinson told RT, pointing out that instead of the internal engineering report, it included expertise by “obscure, unnamed, anonymous organizations,” leaving questions about who exactly is behind the watchdog’s conclusions.

Robinson said he would like to know “what kind of political pressure might have been brought to bear on the OCPW” by Paris, London and Washington to suppress an internal engineering report in favor of one produced by unspecified outsiders.

If the OPCW, a major UN watchdog, submitted to this kind of pressure, this would be “an incredibly serious matter” on top of the actual atrocity in Douma, which still needs to be fully investigated, he told RT.

Though RT sent an inquiry to the OPCW almost a week ago, we have received no response. The organization did send a reply to Peter Hitchens, columnist for the Mail on Sunday, telling him that they are “conducting an internal investigation about the unauthorized release of the document in question” and had no further comment on the FFM report.

On Friday, Russian envoy to the UN Vassily Nebenzia said that Moscow wanted to get the OPCW “back on track.”

“It used to be a technical body where consensus prevailed, but it has become highly politicized,” said Nebenzia. “We want it to return to the way it was originally.”

Following the publication of the FFM report in March, Russian envoy to the OPCW Alexander Shulgin told RT that the organization was under tremendous pressure and “simply didn’t dare” to contradict the US narrative blaming Damascus for the attack.

“Admitting that it was a staged provocation… would deny the US and their allies the legitimacy they claimed for carrying out the missile strike on Syria,” Shulgin told RT.

The strike, launched two days before the OPCW team was due to arrive in Douma, involved more than a hundred cruise missiles. Once the dust settled and OPCW investigators actually visited the site, they refused to inspect a warehouse where militants kept chlorine barrels, saying it was “too dangerous.”