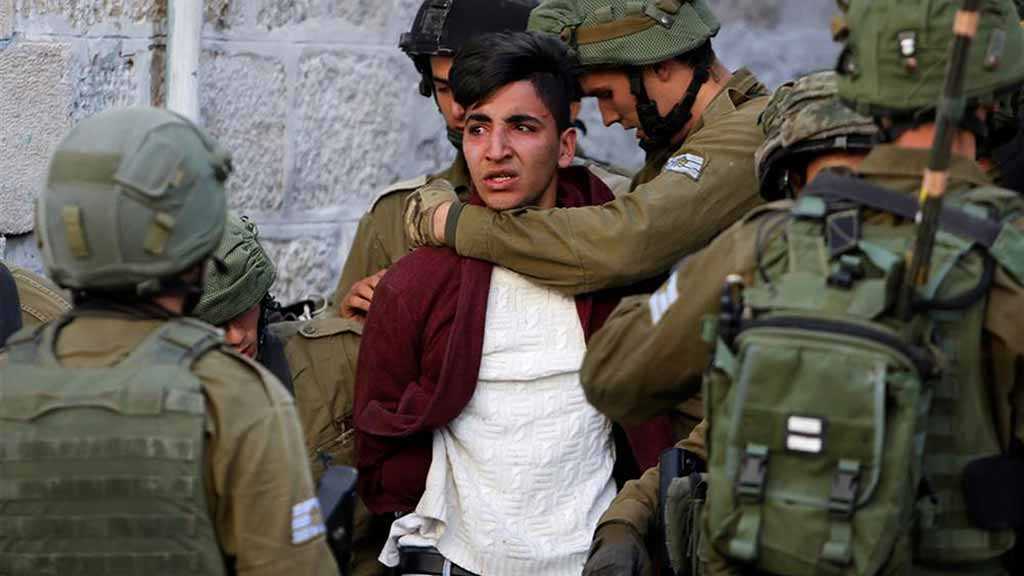 By Yehuda Shaul, The Guardian

Here in Jerusalem [al-Quds], we await publication of Donald Trump’s “deal of the century”, which is expected to be released in the coming weeks. The US president has promised it will bring an end to a century-long conflict between “Israelis” and our Palestinian neighbors.

But the Trump administration’s vision for peace looks doomed only to further entrench the occupation, as a recent remark from Jason Greenblatt, Trump’s Middle East peace envoy, demonstrated.

Greenblatt retweeted a picture posted by Uri Karzen, a leader in the “Israeli” settler community in the West Bank city of Hebron [a-Khalil]. The picture showed an Iftar celebration in Hebron [al-Khalil] attended by both “Israeli” settlers and a few Palestinians. “We are laying the groundwork for peace,” wrote Karzen. Greenblatt, in his retweet, commended the event: “Groundwork for peace indeed!” he wrote. “A wonderful example of what could be possible.”

As a former “Israeli” soldier who served in Hebron [al-Khalil], the largest Palestinian city in the West Bank, I can say first-hand that it is not a model of coexistence, but rather of segregation.

Hebron [al-Khalil] is home to about 230,000 Palestinians. But some 850 “Israeli” settlers live in the city’s heart. I served as one of 650 combat soldiers permanently stationed in the city in order to protect this small and insular group of settlers.

In 1994, Baruch Goldstein, from the adjacent “Israeli” settlement of Kiryat Arba, entered the Tomb of the Patriarchs in Hebron [al-Khalil] and opened fire on Palestinians during morning prayers, murdering 29 and injuring more than 100. Ostensibly to protect settlers from retaliation by Palestinians after the massacre, the army closed Shuhada Street, the city’s central road, as well as the vegetable, wholesale and meat markets. Closures intensified during the second intifada. In the years that followed, “Israeli” policies, including closures of main roads and markets, and settler and army violence made Palestinian life in the city unbearable, turning the once vibrant center into a ghost town.

It was against this backdrop in 2001-2003 that I found myself serving on the military patrol that accompanied engineers to weld shut the doors of Palestinian homes and shops on Shuhada Street, to close roads for Palestinian vehicular and pedestrian traffic, or turn them “sterile” in the parlance of the “Israel” Occupation Forces [IDF]. I can’t forget the graffiti I saw sprayed on some doors: “Arabs to the crematorium”, “Arabs out” or “Revenge” besides Stars of David.

That racism manifested itself in regular violence: settlers attacked Palestinian pedestrians or neighbors, sometimes even sending their children to do the same. As a soldier, I had orders not to intervene. We were there to protect the settlers, I was told, not the Palestinians.

I was not only a bystander to these events. Around the clock, my unit went on missions whose goal we were explicitly told was “to make our presence felt” in order to “create a feeling among the Palestinian population of being pursued”. During these missions, we would enter random Palestinian homes in the middle of the night, waking up sleeping families for the sole purpose of intimidation, or search random shops during daytime hours. These patrols were perhaps the most routine part of my service in Hebron.

In the years since I finished my military service, none of this has changed. Through my work with Breaking the Silence, an organization of “Israeli” veterans I co-founded that works to bring about an end to the occupation, I know that soldiers who served after me continue to this day to make their presence “felt” in all sorts of ways.

Though Greenblatt uses a joint settler-Palestinian Iftar to claim that we are on our path towards peace, that is meaningless when Palestinians still cannot walk on major roads in their biggest West Bank city. Is this the future Greenblatt dreams of for us? Settler violence is still rampant. The more than 100 physical movement obstacles set up by the army inside the city make routine movement a daily ordeal for thousands. Two different legal systems continue to exist in Hebron [al-Khalil], as is true throughout the West Bank – one for Palestinians [military law] and one for settlers [civil law].

The true objectives of more than half a century of “Israel’s” military occupation over the Palestinians are clearer in Hebron [al-Khalil] than anywhere else – to achieve Palestinian subjugation in a segregated and unequal reality.

If we were in 1950s Alabama, would Greenblatt say that a joint meal between white and black people was the way forward? Or would he recognize that the way to achieve equality is to end the legal system of discrimination and ensure the protection of equal rights? Hebron [al-Khalil] is no different – the only solution is the end to the occupation.