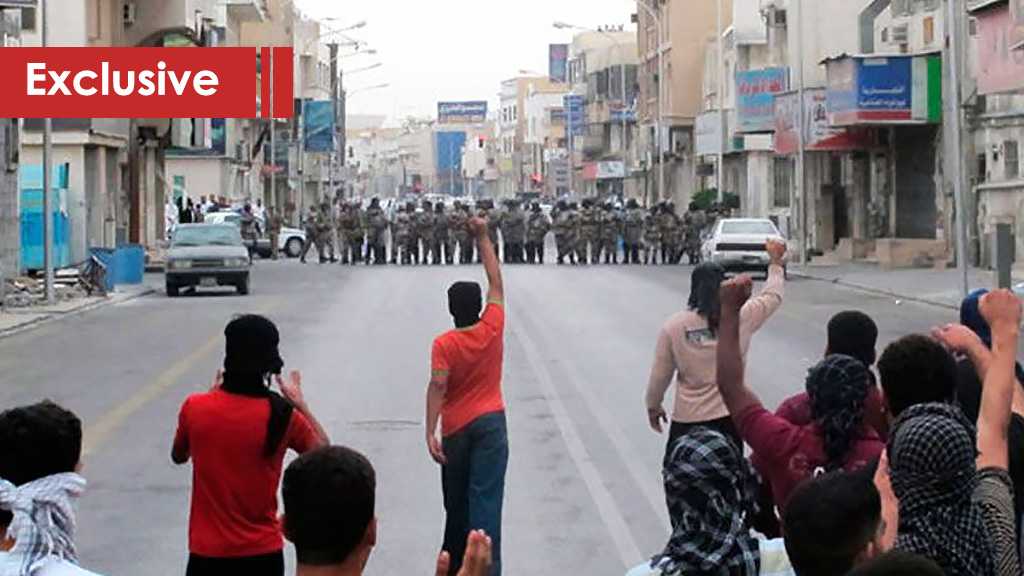 The Saudi authorities are escalating their arbitrary measures against the people of al-Qatif eastern province and its towns. Random detentions, executions and raids in the eastern province contradict all humanitarian, ethical, rights and internationally-recognized legal standards.

The Saudi security apparatuses are implementing the royal orders they are receiving, imposing the rulings militarily and violently against safe civilians at their homes, those civilians who don’t enjoy the freedom of objecting to those tyrannical rulings.

The regime’s scheme goes beyond oppressing the opposition members or those trying to voice objection to the Al Saud’s family. The issue is way more dangerous as the information obtained from inside Saudi Arabia suggest a sectarian proposal the Saudi regime tends to apply in al-Qatif against its people’s will.

An insider source told al-Ahed News that the “security sources are on the brink of razing hundreds of houses inside Qatif, namely those located in al-Thawra Street to displace thousands of residents like the issue of razing the al-Mosawara neighborhood back in 2017.”

Apparently, the Saudi authorities claim implementing a developmental plan that includes charitable projects, in an attempt to gain some popular support, but what is hidden is worse. The source stresses to al-Ahed that in this context, “the Saudi regime seeks to change the Shia demographic formation in the region to weaken the biggest portion of the people; the original landowners, by nationalizing foreigners and intruders.”

The source further links the anticipated plan with the popular movement of 2012. What is meant here is to eliminate the symbolism it used to represent, especially that Crown Prince Mohammad bin Salman seeks to muzzle people and silence any voice of opposition by detaining or killing them afar from the judicial system.”

“The goal behind destroying houses and displacing their people is way beyond the Saudi media claims of chasing terrorist groups, according to them. The issue, as simple as it is, is that the Saudi regime is waging a sectarian war under the strategy of dominating people by dividing them, in which it is distracting the people with “reformative” religious instructions, although it is manipulating the governance as well as the people’s resources and wealth,” the source tells al-Ahed.

According to the source, the direct responsible for the scheme of razing the houses is the King and his heir. “The scheme is managed, under their order, by their affiliated spies and tradesmen in al-Qatif. They want to harm all walks of the people living inside those houses, including the youths who long for obtaining the simplest aspects of a dignified life Al Saud has stolen from them by force someday; the families of the activists who took to the al-Thawra street in 2011.”

While people were informed about the scheme, the source explains that “there were reports on those malicious intents, but the people refused to leave their houses for many reasons, including that the compensations supposed to be paid for them are not convenient with the inflation as well as hiking house prices. Hence, the family that leaves its home cannot buy another one with the amount of money it will receive in exchange of the razing; they can only rent a house.”

The source affirms that the “Saudi regime doesn’t care for those issues, it only continue its oppression by destroying and razing houses against their owners’ wills.”

The provided information signal a scheme similar to previous ones in other neighborhoods and streets. The historic al-Mosawara neighborhood is a good evidence to remember.