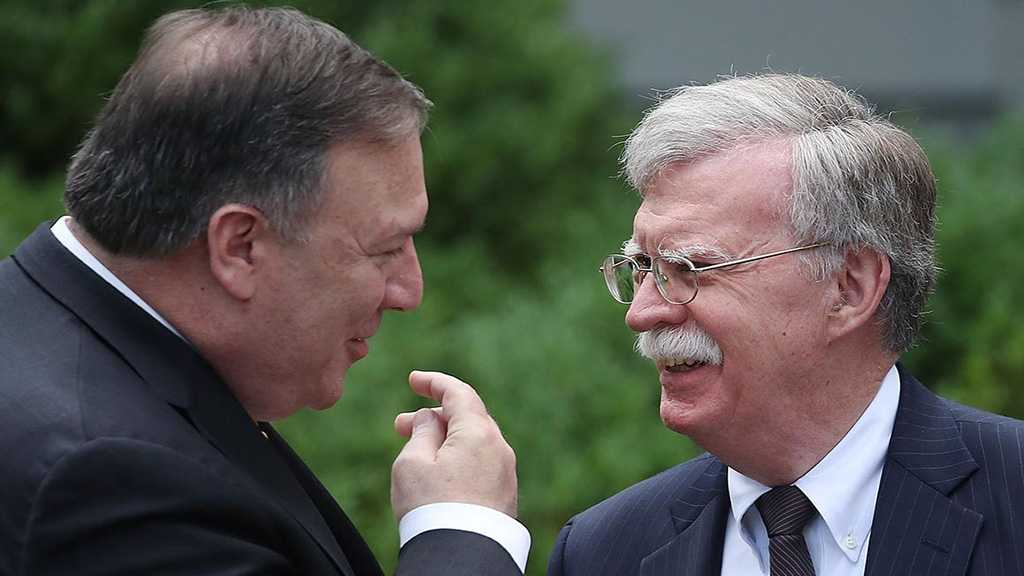 US President Donald Trump on Friday pushed back against reports of conflict between Secretary of State Mike Pompeo and National Security Adviser John Bolton amid tensions between the United States and Iran -- calling sourcing cited by reporters "bull----".

The president took issue with the "confidential sources" cited in news articles.

“They say confidential sources. You ever notice they don’t write the names of the people anymore. Everything is 'a source says' ... The person doesn’t exist, the person is not alive. It’s bull----," the president said.

Ahead of his remarks, Trump, on Twitter, described reporting about his administration handling of Iran as "fraudulent.”

"At least Iran doesn’t know what to think, which at this point may very well be a good thing!" Trump said in a tweet.

He furtherrepeated his complaint during his speech.

“They put out so many false messages and Iran is totally confused. I don’t know that might be a good thing,” Trump said.

Iranian Foreign Minister Mohammad Javad Zarif responded to Trump’s tweet, arguing “it is apparently the US that “doesn’t know what to think.” We in Iran have actually known what to think for millennia -- and about the U.S., since 1953.”