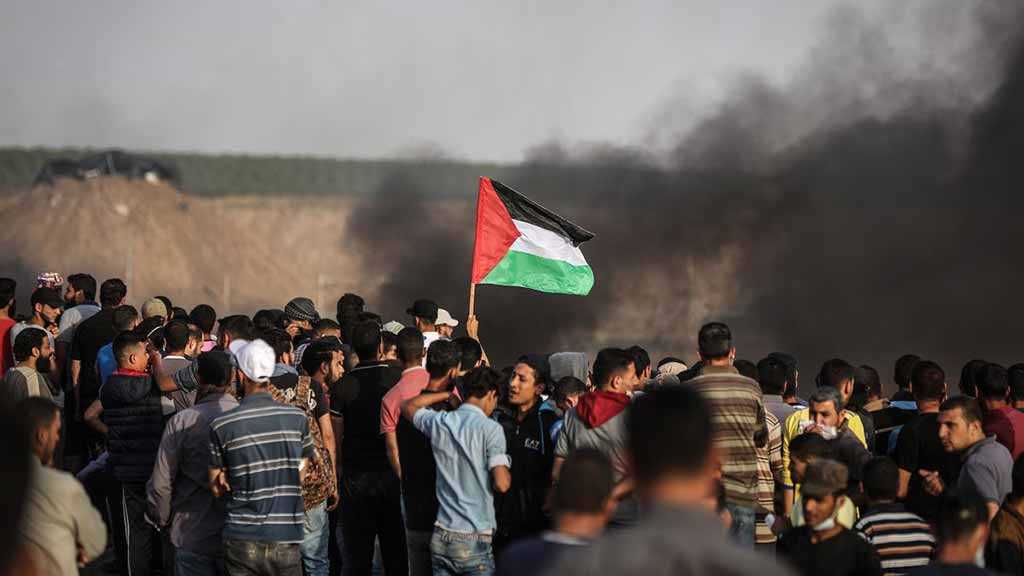 Organizers cancelled the main weekly protests along the Gaza border Friday, for only the second time in more than a year.

They said a large demonstration had already been held in Gaza Wednesday to commemorate what Palestinians call the Nakba, or catastrophe, when hundreds of thousands were expelled or fled from their homes during the 1948 war surrounding the creation of the “Israeli” entity.

"Today there are no activities in the Return Camps in the east of the Gaza Strip, due to the high temperature and to provide a break to citizens, who held a large protest two days ago," the organizing committee said in a statement.

The March of Return demonstrations have been held at least weekly since March 2018, with the backing of Hamas.

Friday protests were cancelled just once.

Protesters have been demanding an end to the entity’s more than decade-old blockade of Gaza and the right for Palestinian refugees to return to ancestral lands now occupied by “Israel”.

At least 293 Palestinians have been martyred in Gaza since the protests began, the majority during the protests.