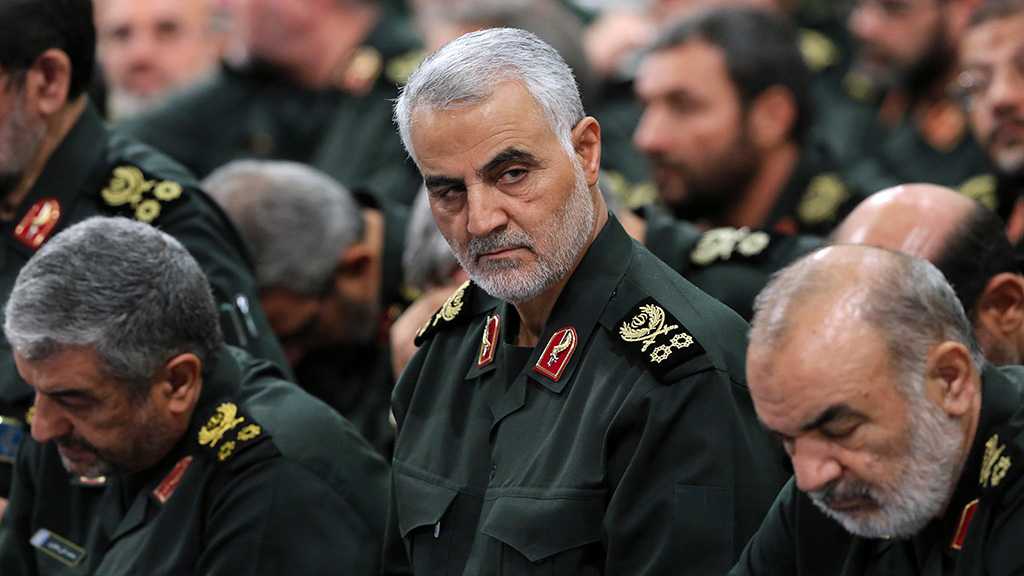 The Guardian British daily revealed on Friday that Iran’s head of Al-Quds Forces has recently met Iraqi Popular Mobilization forces in Baghdad and told them to “prepare for proxy war”.

Two senior intelligence sources told the Guardian that Qassem Soleimani met the Iraqi leaders three weeks ago, amid a heightened state of tension in the region.

This comes as the UK raised its threat levels for British troops in Iraq on Thursday.

While Soleimani has met regularly with leaders of Iraq’s Shia groups over the past five years, the nature and tone of this gathering was different. “It wasn’t quite a call to arms, but it wasn’t far off,” one source said.

Meanwhile, a US decision was taken to evacuate non-essential diplomatic staff from the US embassy in Baghdad and Erbil.

One senior figure who learned about the meeting had since met with western officials to express concerns.

The British foreign secretary, Jeremy Hunt, appeared to align the UK on Thursday with US claims that Tehran’s threat posture had changed. “We share the same assessment of the heightened threat posed by Iran,” he said on Twitter. “As always we work closely with the USA.”

Earlier this week, a British general challenged the Trump administration’s claims that an imminent threat had emerged from Iran, creating a rare public schism between the two countries whose alliance has at times been tested by the erratic nature of Trump’s regional policy.