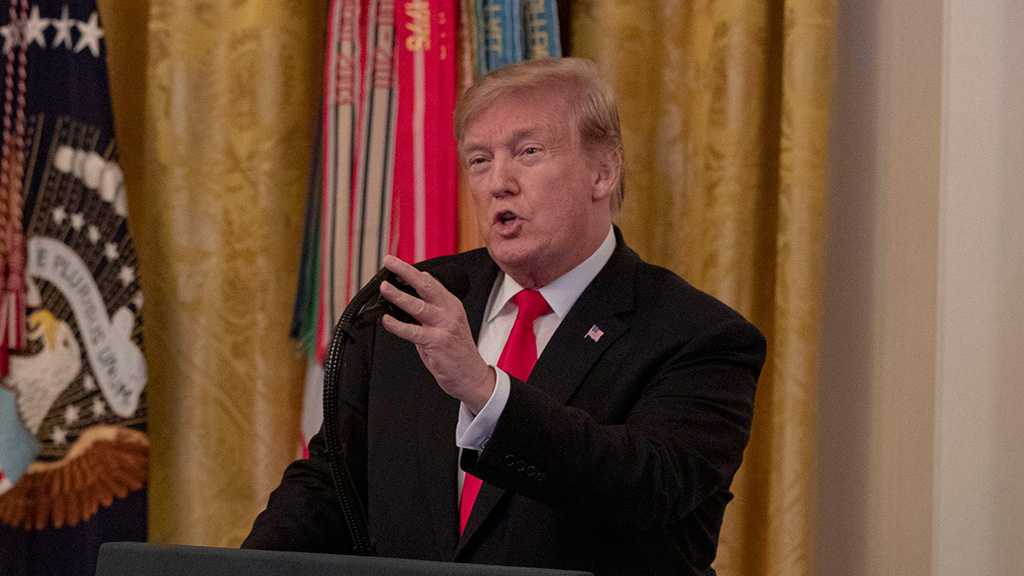 US President Donald Trump reportedly informed acting War Secretary Patrick Shanahan that he does not want to see the US go to war with Iran amid rising tensions in the Middle East.

Earlier on Wednesday Trump raised the issue of war with the Islamic Republic during a briefing on the status of US forces in the Middle East in the White House Situation Room, the New York Times reported on Thursday.

Trump directly informed Shanahan that he did not want to see a conflict between the two countries, reports suggested.

News of Trump's remarks to Shanahan comes as the president has sought to publicly dismiss reports of infighting among his staff, including national security adviser John Bolton.

“Different opinions are expressed and I make a decisive and final decision — it is a very simple process,” Trump tweeted.

He also told reporters gathered on the White House lawn on Thursday that he hopes the United States is not going to war with Iran.

The Washington Post reported Wednesday that Trump has grown frustrated with his top advisers over Iran, saying that the hardline policy pushed by Bolton and Secretary of State Mike Pompeo could lead to the involvement of the US in a military struggle with Tehran, breaking Trump’s campaign pledge to avoid costly foreign wars.

“They are getting way out ahead of themselves, and Trump is annoyed,” one senior Trump administration official said of the two aides. “There was a scramble for Bolton and Pompeo and others to get on the same page.”

The official added that Trump wants to speak with the leaders of Iran and find a diplomatic solution, as he is uncomfortable with talks of war with the country and “all this ‘regime change’ talk.”

Tensions between Washington and Tehran have been high recently as the United States reinforced its military presence in the Gulf with the Abraham Lincoln aircraft carrier and a bomber task force to send "a clear and unmistakable message" to Iran. Washington also approved the additional deployment of the Patriot missile system and Arlington amphibious warship to the region. Iran has repeatedly expressed its readiness to retaliate in the event of a military conflict.