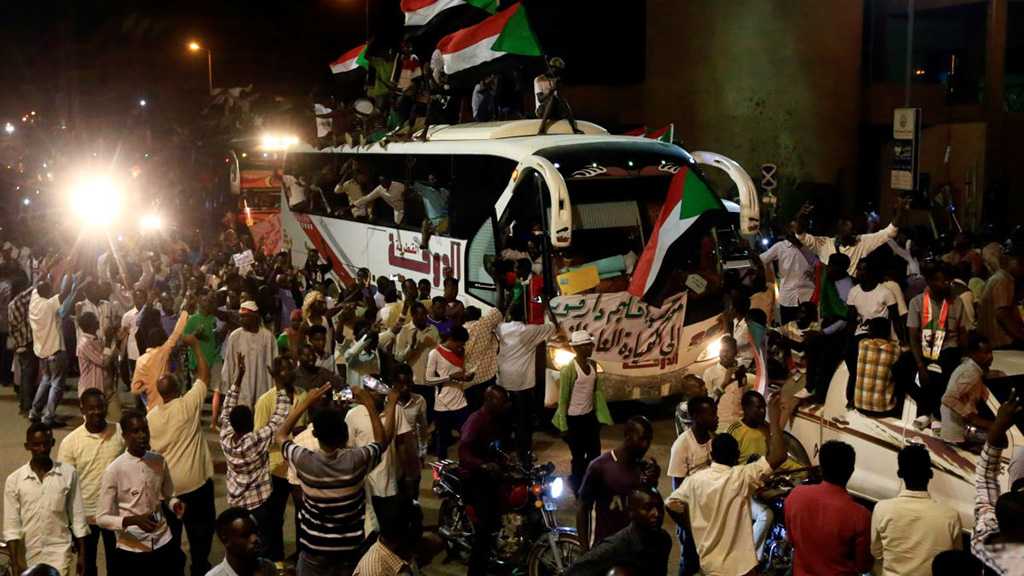 Talks on moving Sudan towards a civilian rule have been suspended for three days by the country's military leaders, who demand protesters clear roadblocks.

In a televised statement, the Transitional Military Council [TMC] said barricades outside a designated zone in Khartoum should be removed.

The setback comes hours after the military council and the opposition agreed a three-year transition period to civilian rule.

Shots were heard on Wednesday as soldiers tried to clear barricades.

Protesters in Khartoum said at least nine people were wounded, but the figure could not be verified. Similar violence on Monday left at least six people dead and protesters stress that those responsible must be held to account.

Sudan has been run by the military council since long-time President Omar al-Bashir was toppled last month, but it has struggled to return the country to normality.

Protesters emboldened by Bashir's downfall have continued to stage a huge sit-in outside military headquarters in the capital, demanding full civilian government.

In his televised address, TMC leader Lt-Gen Abdel Fattah Abdelrahman Burhan said talks were being suspended "to help prepare an atmosphere for completing the deal".