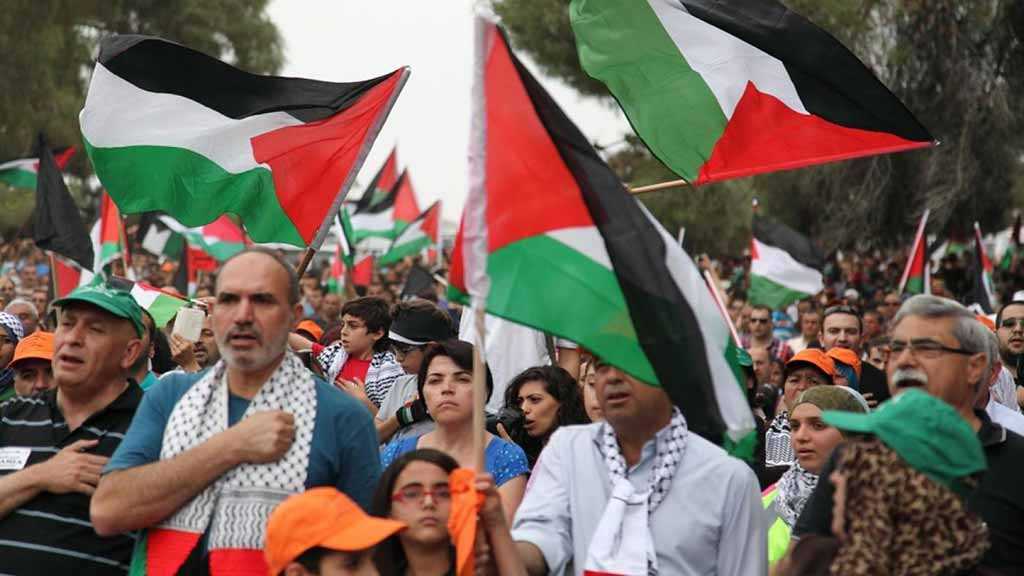 Palestinians are set to commemorate the 71st anniversary of the Nakba Day [the Day of Catastrophe] in the occupied West Bank and the blockaded Gaza Strip with mass protests against Israel and the US, the regime’s staunch supporter.

In a recent statement, the National and Islamic Forces, the supreme coordinating body of major Palestinian factions, called for widespread participation in Wednesday’s demonstrations to mark the forcible eviction of Palestinians from their motherland by the Tel Aviv regime in 1948.

Similarly, the organizing committee of the weekly anti-occupation Great March of Return protests in Gaza urged Palestinians to join the Nakba Day rallies in the coastal sliver and stage a general strike at schools, universities and colleges.

Speaking in Ramallah on the eve of Nakba Day, Palestinian Authority Prime Minister Mohammad Shtayyeh said the “Israeli” entity has targeted Palestine’s geography and demography, while the US has imposed a financial war on the Palestinian nation in support of the occupying regime.

“‘Israel’ is waging a war of geography on us by confiscating our land on a daily basis,” he said. “We are also facing a war of demography to expel our people from Jerusalem [al-Quds].”

This US administration and its ally, the “Israeli” entity, believe that it would be possible “to defeat us with a financial siege and other measures, including the closure of the PLO [Palestine Liberation Organization] diplomatic mission in Washington, and cutting aid to UNRWA, in order to force us to accept ‘the deal of shame,’” he noted, referring to US President Donald Trump’s controversial yet-to-be-unveiled proposal on the “Israeli”-Palestinian conflict.

The Nakba Day is marked annually on May 15. It refers to the forcible expulsion of some 700,000 Palestinians from their lands in 1948 and their scattering across refugee camps in the West Bank, Gaza, and neighboring countries.

Hanan Ashrawi, a member of the PLO Executive Committee, said in a statement marking the Nakba Day that the Trump administration’s unilateral measures against the Palestinians are a new “Nakba.”

She also called for a “multilateral international gathering to confront the US-‘Israeli’ alliance and schemes,” including the so-called “deal of the century.”

“We count on peace lovers all over the world to support our just cause and human rights in the face of the fascist forces led by the Trump administration and [‘Israeli’ Prime Minister Benjamin] Netanyahu,” she added.

The Palestinian Authority’s ruling Fatah party said that as they commemorate Nakba Day, the Palestinians are more determined to “uphold their principles and legitimate rights, including the right of return, self-determination and the establishment of an independent Palestinian state with east Jerusalem [al-Quds] as its capital.”

On Tuesday, thousands of Palestinians took part in a rally marking the Nakba Day in front of the offices of the UN Relief and Works Agency for Palestinian Refugees [UNRWA] in Gaza.

The protest was held under the banner “From the ashes of the ‘Nakba’ to the embodiment of the right of return, down with all the conspiracies.”

Addressing the crowd, Ahmed Abu Holi, a member of the PLO Executive Committee and head of the National Committee for Commemorating the Nakba, stressed that the Palestinians would not accept the “deal of the century.”

“The issues of Jerusalem [al-Quds] and the refugees are not for sale or bargaining,” he said. “The Palestinian people will not sell their rights and principles in return for dollars, and will not compromise on the payments to the families of martyrs and prisoners. We will not surrender to blackmail.”

The US president recognized al-Quds as the so-called “capital” of the “Israeli” entity in December 2017.

He also moved the American embassy from Tel Aviv to al-Quds in May 2018, on the eve of the Nakba Day, sparking angry reactions by the Palestinians and drew the criticism of the international community.

Trump is expected to soon unveil the so-called deal of the century, which is said to be hugely in favor of the “Israeli” regime.