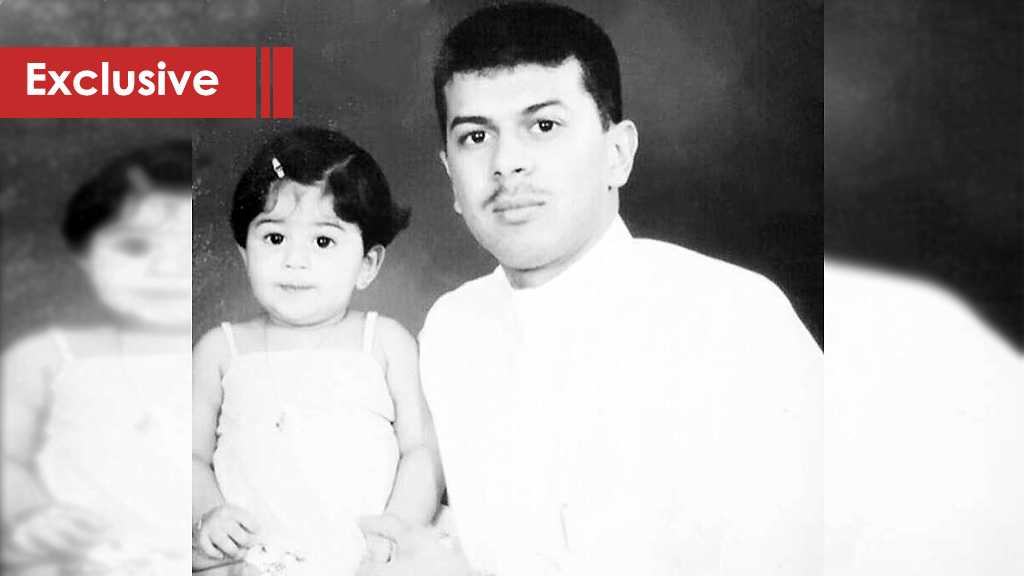 Inexhaustible stories of Saudi oppression keep reminding the wakeful people how much the martyrs had suffered, and how much more the detainees are still suffering inside the kingdom’s cells.

Relative of martyr Haidar al-Leif narrated chapters about the time he was detained.

Zahraa al-Nimr, from al-Awamia, is al-Lief’s niece. She told al-Ahed News that her uncle also comes from the same town eastern Saudi Arabia.

Al-Lief, who left behind a wife and three children, worked for a private company and his job required leaving the town for some two weeks, and then returning for another two weeks as a vacation he used to spend with his family and loved ones.

The father of three was influenced by the household of Prophet Mohammad [PBUT]. He always had a smile on his face, not to mention his sense of humor.

“On May 1st, 2013, he was summoned to check the police station, and was threatened with taking ‘suitable measures’ against him in case he didn’t go there. Everybody in Saudi Arabia knows that those ‘suitable measures’ are a set of storming houses, terrifying safe people, opening fire and killing,” Ms. Zahraa said.

“Haidar went to the police station on Wednesday, May 4, 2013 to learn the reasons behind summoning him. In the beginning, there wasn’t any clear charge filed against him. After arresting him, some family members went to ask about him, the police denied having him, but after many repeated inquiries, they told his family that he will be released on next Saturday because there was no evidence to convict him,” the lady added about her uncle.

The police, however, didn’t release martyr Haidar as they suggested. No news were learned about him over the two-month period during which he stayed at the solitary confinement. He was subjected to all kinds of psychological and physical torture, in addition to threatening him with arresting his family and forcing him to divorce his wife… Furthermore, a set of arranged charges was fabricated against him, in which he was forced to confess of committing them under torture…

At the solitary confinement, Haidar’s family couldn’t visit or contact him, or even learn his news as well as the reasons behind his arrest.

Later on, some family members were allowed to visit him.

Martyr Haidar, as his relative stresses, didn’t receive a fair trial and based on the confessions extracted under torture, he was sentenced to execution although he denied committing any of the crimes during the trial, and stressed that he made the confessions under torture. The sentence was then negated and the final one was that he will serve 8 years in prison… we were then shocked that he was executed after unjustly serving 6 years behind bars.

“I would like to note that some of the crimes he was accused of committing had taken place while he was already outside the town. He was instead at his workplace where he stays for two weeks, with evidence on this. He also demanded making a gunshot residue analysis regarding the alleged crimes to prove his innocence but they didn’t cooperate,” Zahraa added.

As all other martyrs, Haidar al-Lief’s body remained with the Saudi authorities. His family couldn’t bury his body properly as per the religious teachings they belong to. However, despite losing him, the family is assured that the martyr now is showered with God’s mercy after 6 years of torture and oppression…

Almost all martyrs who were executed with him were detained for participating in peaceful protests that demanded rights and not terrorism as it was claimed. But in Saudi Arabia, imprisonment and the execution are the price for demanding basic human rights.