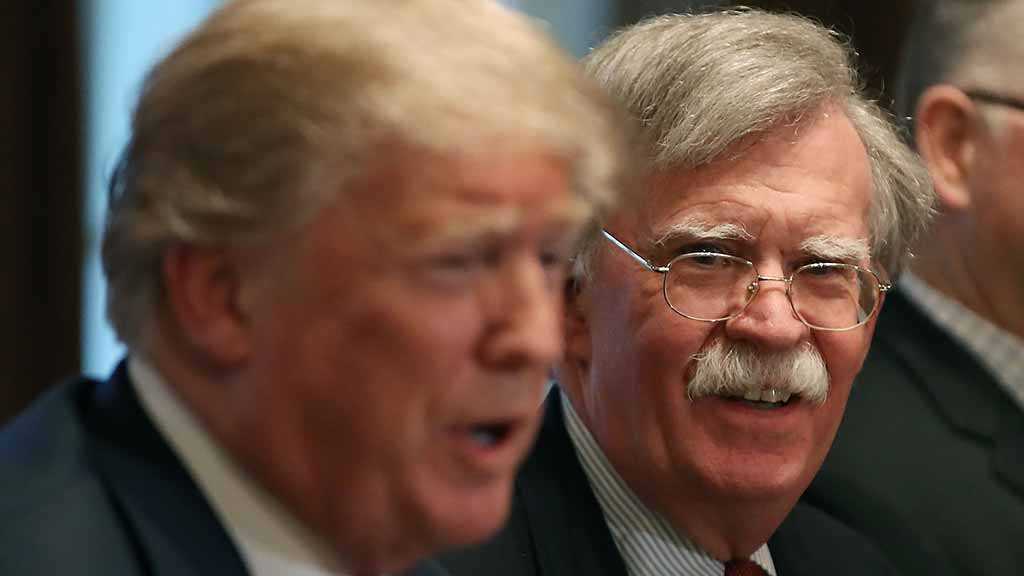 Iran's decision to retaliate against the US withdrawal from the nuclear deal was inevitable, so long as its back was pushed against the wall. Iran exercised “strategic patience” for the past year, hoping that the other parties to the deal would stand up to Trump’s bullying and defy US sanctions if Iran remained fully compliant with the deal. Now it has decided on a measured response: to halt compliance with aspects of the accord that recent US sanctions themselves obstruct but leave the window for diplomacy open.

The backdrop to Iran’s decision is incredibly dangerous brinkmanship from senior Trump officials, particularly National Security Advisor John Bolton. Even as Iran has kept open the option of climbing down the escalation ladder, war could become a fait accompli if Trump keeps Bolton in the White House.

Importantly, Iranian officials have stressed their countermeasures with respect to the US withdrawal from the nuclear deal, formally known as the Joint Comprehensive Plan of Action [JCPOA], are reversible and that Iran will not precipitate a conflict. Iranian President Rouhani was careful to state that Iran's decision did not amount to a withdrawal from the deal, but was permitted by the agreement, in particular its clause that Iran will treat the reintroduction or reimposition of sanctions “as grounds to cease performing its commitments under this JCPOA in whole or in part.”

Rouhani proclaimed: "Today we don't want to exit the JCPOA. All our people and the world should know that today is not the day of the JCPOA's end."

Iran’s Deputy Foreign Minister Abbas Araghchi has said in regards to Iran’s JCPOA decision that Tehran’s approach was centered on "diplomacy" and giving the other side "opportunities" to "make up for shortcomings." Iran’s UN Ambassador Majid Takht Ravanchi has similarly also stated: “The window for diplomacy is not closed. We believe that Iran will negotiate with the remaining parties in the nuclear deal and we will have to see the results of these negotiations."

However, while Iran views its JCPOA decision as a way to build leverage for a deal, Bolton appears to be ceaselessly cooking up ways to trigger a US-Iran conflict. Long an advocate of US military strikes against Iran, Bolton has spearheaded the imposition of unprecedented unilateral sanctions, all but seeking to eliminate Iranian oil exports, and provocatively bragging about the deployment of a carrier strike group to the Persian Gulf.

Iran’s retaliatory actions on the JCPOA now presage a flashpoint between the US and Iran. Herein lies the risk for Tehran. By entering a tit-for-tat with the Trump administration, Bolton will ensure that escalation becomes self-propelling and impossible to reverse. While Trump appears to not want a war, Bolton could see him sleepwalk into one.

There are signs that Trump is increasingly frustrated with Bolton. CNN reports that the president has “told friends that if Bolton had his way he'd already be at war in multiple places.” At a rally earlier this week in Florida, Trump also stated that he hopes for a “fair deal” with Iran, adding: “We aren't looking to hurt anybody. We just don't want them to have nuclear weapons. That's all we want.” The later statement is directly at odds with the reality of Trump’s Iran policy, which by all accounts Bolton is driving.

Bolton, an Iraq War architect, is in fact emulating the George W. Bush playbook that led to that disastrous conflict. His Iran strategy has been marked by inaccurately tying Iran to al-Qaeda, baselessly stating that Iran is pursuing nuclear weapons, and politicizing intelligence assessments on Iran. Bolton’s recent threat of “unrelenting force” against Iran was also based on vague intelligence regarding an alleged Iranian plot, raising the prospects of a Gulf of Tonkin-like false flag that can set of a catastrophic, region-wide conflict.

Egged on by Bolton, President Trump is recklessly and needlessly restarting the Iranian nuclear crisis. If Trump is sincere about seeking a deal with Tehran, he has been misled on the efficacy of his approach by Bolton, which is only rapidly negating prospects for diplomatic compromise. Iranian officials have made clear their readiness for de-escalation and preference to remain in the JCPOA. The major question now is whether Trump himself wants another major Middle Eastern war.

A US war against Iran is hard to imagine. Even a botched-up limited military strike has the potential to sink Trump’s presidency, as happened with Jimmy Carter after the failure of Operation Eagle Claw in Iran. On the other hand, a campaign to destroy Iran’s nuclear facilities, which are spread across the country, would require a massive military operation and would trigger an all-out war with Iran. Trump alone will have to face the music for this conflict going into 2020, not John Bolton. But so long as Bolton remains in the White House, the risk of such a war will keep growing.