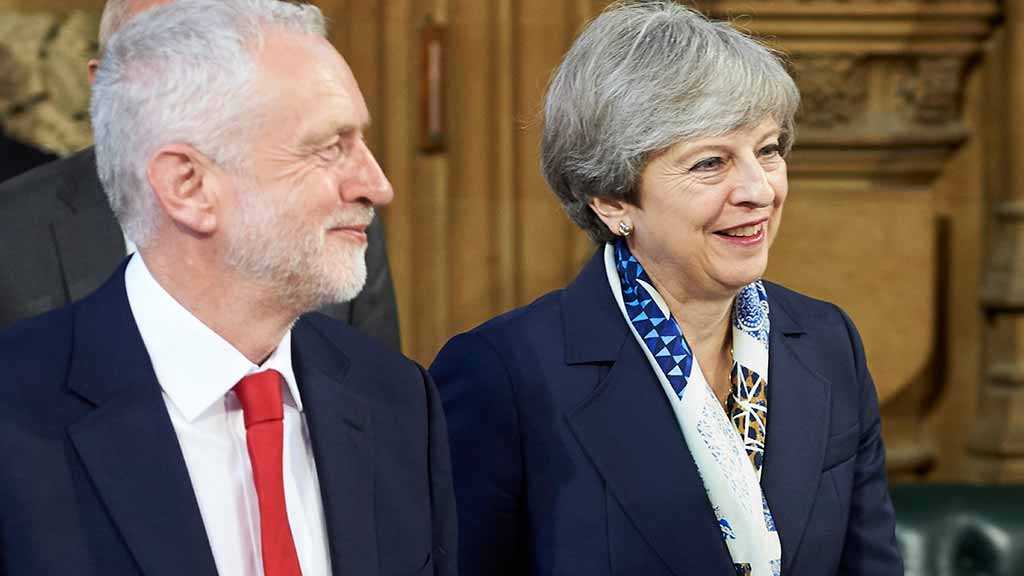 British Prime Minister Theresa May will launch another push next month to approve Britain’s exit from the European Union before the summer break.

Theresa May made a “final offer” to Jeremy Corbyn on Brexit, as she bowed to Cabinet demands to accelerate efforts to take Britain out of the EU, her spokesman said.

May is planning to put forward a Withdrawal Agreement Bill, which implements the terms of Britain’s departure, in the week beginning June 3 to try to secure Brexit before lawmakers go on summer holiday.

“It is imperative we do so then if the UK is to leave the EU before the summer parliamentary recess,” the spokesman said after May met opposition Labor leader Jeremy Corbyn as part of talks to secure his party’s support for the bill.

“We will therefore be bringing forward the Withdrawal Agreement Bill in the week beginning the 3rd June,” he said, citing the same week as US President Donald Trump’s state visit to Britain.

Jeremy Corbyn, however, raised doubts over whether Labor could back the Withdrawal Bill which he and his team have been discussing for more than four weeks to find a way to break the deadlock in parliament.

“In particular he raised doubts over the credibility of government commitments, following statements by Conservative MPs [members of parliament] and cabinet ministers seeking to replace the prime minister,” his spokesman said.

Despite opposition from some in her party, senior ministers agreed at a cabinet meeting earlier to press ahead with the talks, May’s spokesman said.

“Ministers involved in the negotiations set out details of the compromises which the government was prepared to consider in order to consider an agreement which would allow the UK to leave the EU with a deal as soon as possible. However, it was agreed that it is imperative to bring forward the Withdrawal Agreement Bill in time for it to receive royal assent by the summer parliamentary recess,” the spokesman said.

Parliament usually breaks for the summer in the second half of July, although the exact date remains unknown.