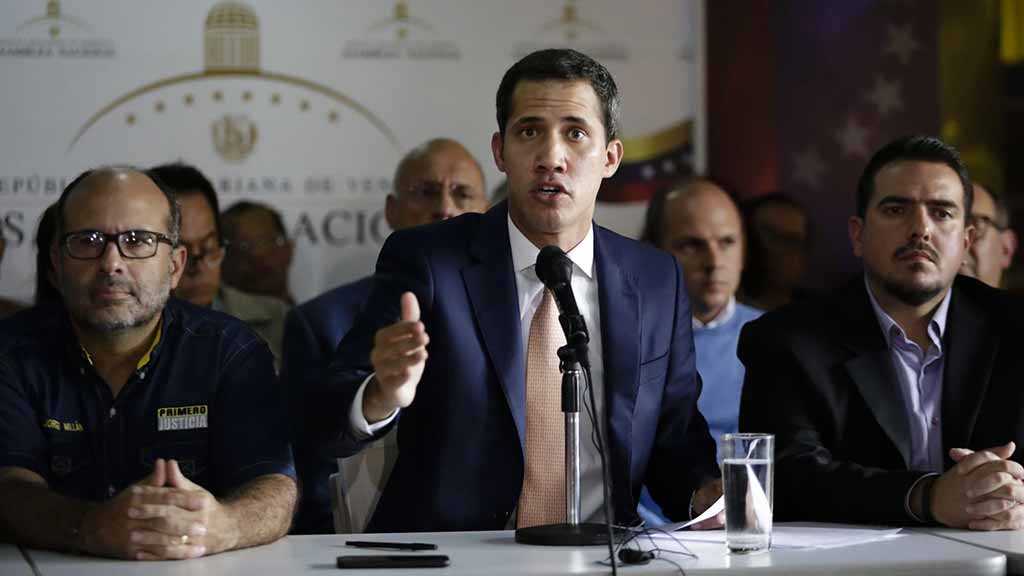 A representative of the Venezuelan opposition leader in the US will meet members of the Southern Command next week to discuss strategy for regime change in the Latin American country, Juan Guaido has confirmed.

“The meeting will be held on Monday,” the self-proclaimed interim president said at a press conference on Tuesday. “I understand it will be at the State Department, and our ambassador will tell us what is the result of that meeting.”

Over the weekend, Guaido’s ‘envoy’ to the US, Carlos Vecchio, sent a letter addressed to US Adm. Craig S. Faller of SOUTHCOM requesting a “meeting with a technical delegation to advance in strategic and operational planning” in order to “restore democracy” in Venezuela.

Just prior to the opposition’s call for US military assistance, Faller stated that he “looks forward” to discussing how the US can “support the future role” of dissidents to “restore constitutional order.”

The government of Nicolas Maduro slammed Guaido for his efforts to entice foreign troops into a breach of Venezuela’s sovereignty.

“We reject the letter by one of the coup leaders asking for military intervention in Venezuela, on behalf of a group of coup plotters who carry out terrorist activities to create confusion and destabilize our homeland,” Vice President Delcy Rodriguez noted earlier this week.

The president of the National Assembly, which has no real power in Venezuela, challenged Maduro’s seat in January. Despite bold, flashy statements that Venezuelans are ready to rise up, the US-backed coup has so far failed to secure the support of the wider public and the military, who continue to stay loyal to the Bolivarian ideals.

Yet Washington, which has repeatedly stated that “all options remain on the table,” is firmly committed to “restoring democracy” in Venezuela by bringing the opposition leader to power.