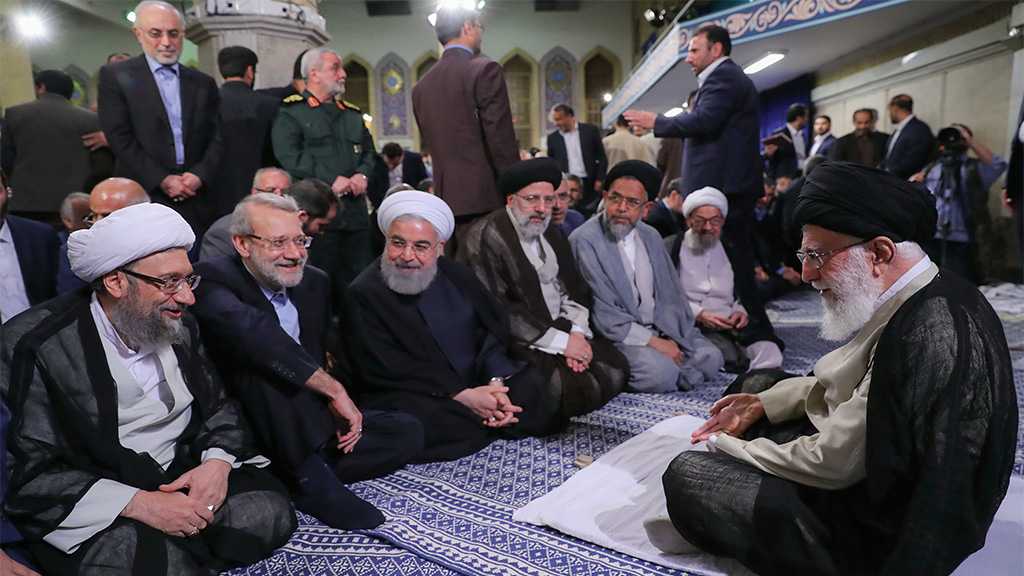 The Leader of the Islamic Revolution His Eminence Imam Sayyed Ali Khamenei ruled out the possibility of war between the United States and Iran despite heightened tensions between the two sides, saying Washington knows engaging in such a conflict would not be in its interest.

Imam Khamenei made the remarks on Tuesday in Tehran, meeting with the heads of the country’s executive, judiciary, and legislative branches as well as other senior officials, parliamentarians, and important figures in the country’s political, social, and cultural spheres.

His Eminence further said any confrontation between the US and Iran would not be “a military one,” and that “there was not going to be any war.”

“The Iranian nation’s definite option will be resistance in the face of the US, and in this confrontation, the US would be forced into a retreat,” Imam Khamenei said. “Neither we nor they, who know war will not be in their interest, are after war.”

Imam Khamenei further explained that the confrontation between the two sides is “a clash of wills,” asserting that Iran would be the ultimate victor of this battle.

The Leader ruled out any negotiation with the US as long as Washington sticks with its hostile approach against the Islamic Republic, saying Washington would be attempting to undermine Iran’s “points of strength,” such as its defensive power or its strategic regional influence, in any such interaction.

As an example, Imam Khamenei said, “They (Americans) say we should negotiate over your (Iran’s) defensive weapons, [questioning] why you build [for instance] a missile with a given range. Reduce the range [of your missiles, they say,] so you would not be able to hit our bases!”

His Eminence further played down Washington’s highly belligerent rhetoric against Iran, saying its real capability did not match its loud bluster, and that it “needs to engage in [such bluster].”

In parallel, Imam Khamenei said Washington gives priority to Israel’s interests over the benefits of all others, adding, “The control of many affairs rests in the hands of the Zionist society.”

The Leader pointed to the absence of integrity in the US administration, noting how various American officials contradict each other on a daily basis. The American society, he added, is also afflicted with rampant socioeconomic problems and violence.

He also highlighted how Washington’s policies regarding Europe and Asia had backfired.

“In [its] policy of confrontation with the Islamic Republic too, the US will definitely suffer defeat, and [the situation] will end up to our benefit,” the Leader said, citing warnings by American analysts that Washington’s pressure on Tehran would, contrary to its intended purpose, trigger an “economic mutation.”