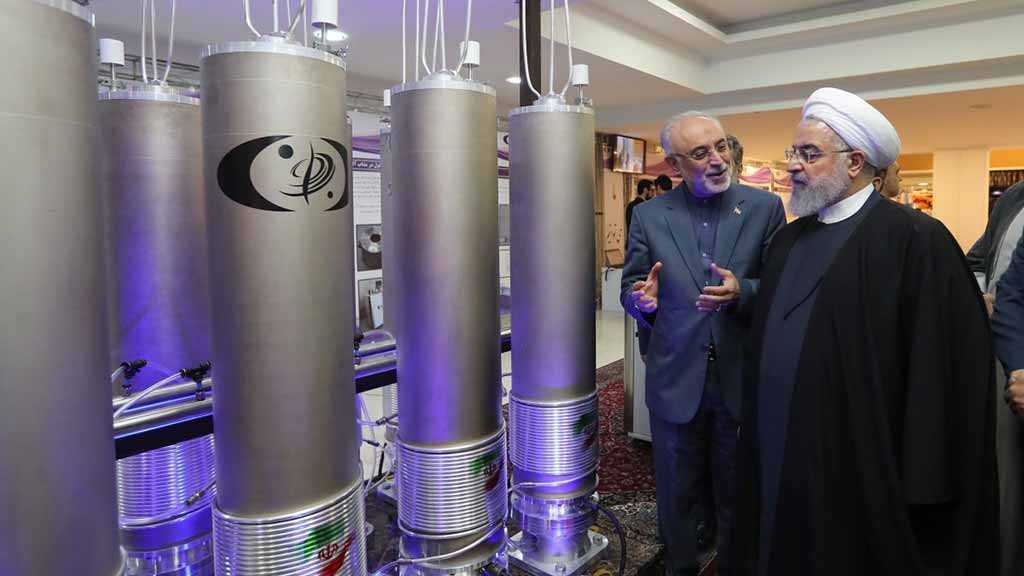 Iran is unable to export enriched uranium and heavy water exactly because of US sanctions that encumber implementation of certain provisions of the Joint Comprehensive Plan of Action [JCPOA], Vladimir Ermakov, the director of the Russian Foreign Ministry's Department for Nonproliferation and Arms Control, said.

"As cynical as this sounds, Tehran is doing exactly what Washington was urging it to do through its recent 'nuclear' sanctions. The United States has made enriched uranium and heavy water export impossible. Iran will, therefore, stock it, and only Washington is to blame", Ermakov said.

In the meantime, Iran's nuclear activities are currently in full compliance with the JCPOA, the official added.

"Iran has never violated the NPT [Treaty on the Non-Proliferation of Nuclear Weapons] and it has agreed to make unprecedented steps toward ensuring the transparency of its nuclear program within the so-called nuclear deal. Meanwhile, Washington's actions aimed at undermining major international agreements that promote the strengthening of regional and global security are a real threat to the nuclear nonproliferation regime", Ermakov explained.

The official noted with regret that the global community did not properly rebuff "US destructive policies".

"Russia and China prepared last year a working document in JCPOA support. However, Europeans and other US allies were afraid to join our initiative. We all see the regrettable results of such an attitude", Ermakov concluded.

The United States unilaterally withdrew from the JCPOA and reimposed all Iran sanctions, previously lifted under the agreement, a year ago. In response, Iranian President Hassan Rouhani announced on 8 May that Tehran would partially discontinue its commitments under the deal, giving Europe 60 days to ensure that Iran's interests were protected under the agreement.

Russian Foreign Minister Sergei Lavrov said on Monday that he expected to have a frank conversation about Iran with US State Secretary Mike Pompeo during their upcoming meeting. Lavrov also said that he hoped to hear an explanation of how Washington planned to solve the crisis around the JCPOA.

Lavrov and Pompeo will hold talks in the Russian resort city of Sochi later in the day. According to Kremlin spokesman Dmitry Peskov, Russian President Vladimir Putin will then receive them in his residency in the city.