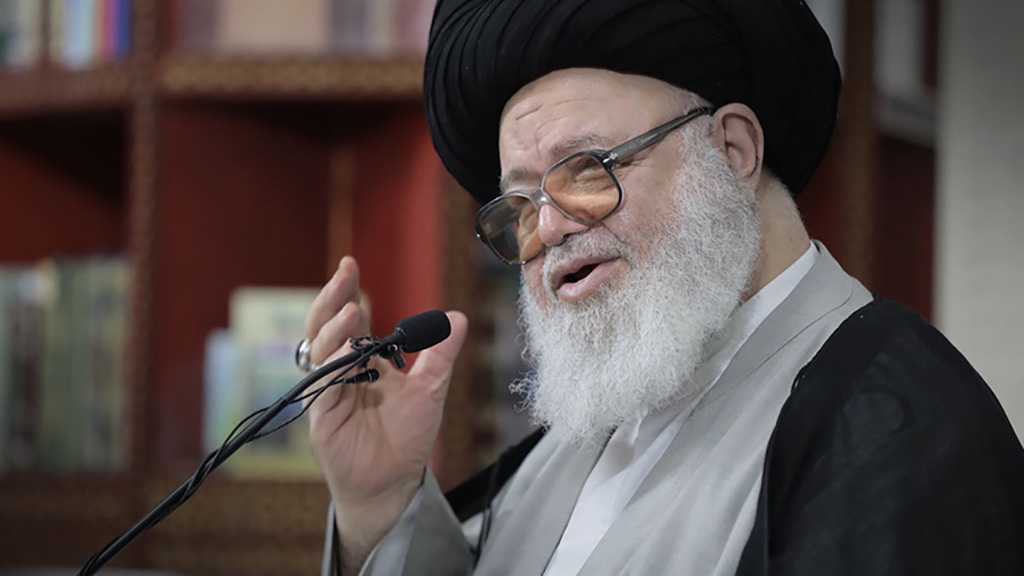 The statements followed Bahraini regime’s accusations against Sayyed al-Ghuraifi following his meetings with the kingdom’s Prime Minister Khalifa bin Salman Al Khalifa as well as a number of Bahraini parliamentarians.

The latest of these came in the form of an interior ministry statement over the weekend, which accused Al-Ghuraifi of ‘sympathizing’ with terrorists.

“It was noticeable that the sermons of Abdullah al-Ghuraifi did not condemn terrorist acts,” the statement claimed. “On the contrary, he showed sympathy for them and accepted them.”

Sheikh Isa Qassim warned on Sunday that such rhetoric constitutes “an attack on the people” and their freedom.

“Ghuraifi is with the people and the people are with Ghuraifi,” Ayatollah Qassim said in a statement.

Meanwhile, al-Wefaq explained that the smear campaign against al-Ghuraifi was the result of “internal differences” within the Bahraini monarchy.

“Most of the ongoing attempts, unknown and known data and suspicious movements targeting the great Allamah Sayed al-Ghuraifi are aimed at delivering internal messages between the factions of the government,” al-Wefaq added.

“The platform of Allamah Sayed Abdullah al-Ghuraifi is a platform of good, reason and wisdom that overflows with love, tolerance and openness,” the opposition group also noted.