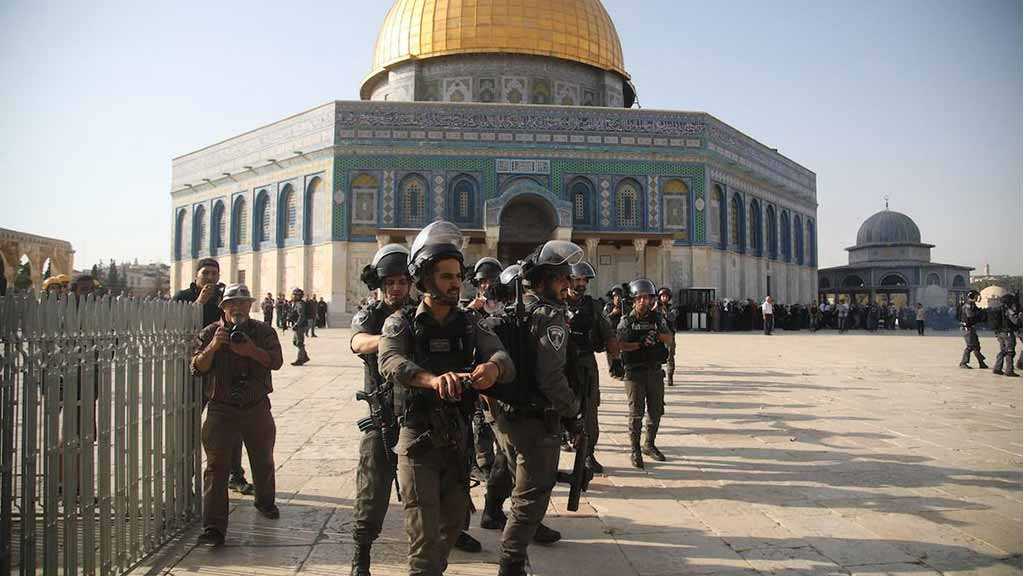 “Israeli” law enforcement in al-Quds [Jerusalem] confirmed Monday that, for the first time in 30 years, it plans to prevent settlers from entering Haram al-Sharif compound on the entity’s so-called “Jerusalem” Day, which marks the anniversary of the “Israeli” entity’s occupation of the holy site in the 1967 Six Day War.

The “Israeli” police in al-Quds said the entire site will be closed to Jews and tourists "for reasons of public safety and public order."

In response to the police confirmation, an “Israeli” group said "we won't stand idly by any more in the face of discrimination against Jews at their holy site, definitely not on the day of this precious site's liberation."

It asks “Israeli” lawmakers who are "dedicated to values of democracy, freedom of worship and freedom of access” to demand Jews have access to the al-Quds holy site, which has for years been a flashpoint for violent clashes between police and worshipers of both Jewish and Muslim faiths.

According to regular “Israeli” protocol, Jews have access to the Haram Al-Sharif at certain times of the day during the week, but they are not allowed to publicly pray or display Israel or Jewish symbols.