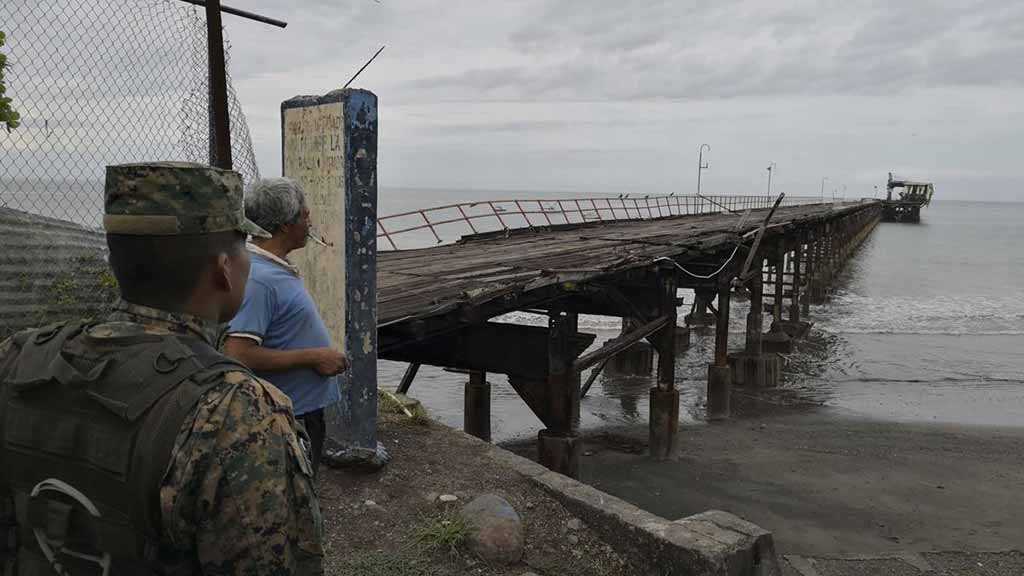 The strong quake struck at a depth of 37 kilometers [23 miles] in the far west of the country near the Costa Rican border, according to the US Geological Survey.

It was followed by a smaller 5.4-magnitude quake in Colon province, on central Panama's Caribbean coast, according to the country's National Civil Protection System [Sinaproc].

Five people were injured in the first quake, which hit 22 km from the town of Puerto Armuelles, said Sinaproc.

Four homes were damaged, including two that collapsed, it said.

President Juan Carlos Varela had said on Twitter earlier that just one person was hurt, in Puerto Armuelles.

He reported damage to homes and businesses in the Central American nation.

School classes were suspended for Monday in Baru district, where the first quake struck.

There was no tsunami alert issued from the Pacific Tsunami Warning Center.

The second quake occurred late Sunday and was not related to the afternoon quake near Puerto Armuelles, Sinaproc said.

So far no damage has been reported from the second quake, it added.

In November 2017 a 6.5-magnitude quake on the Pacific coast of Costa Rica left buildings swaying in the capital San Jose and contributed to the deaths of two people who had heart attacks.