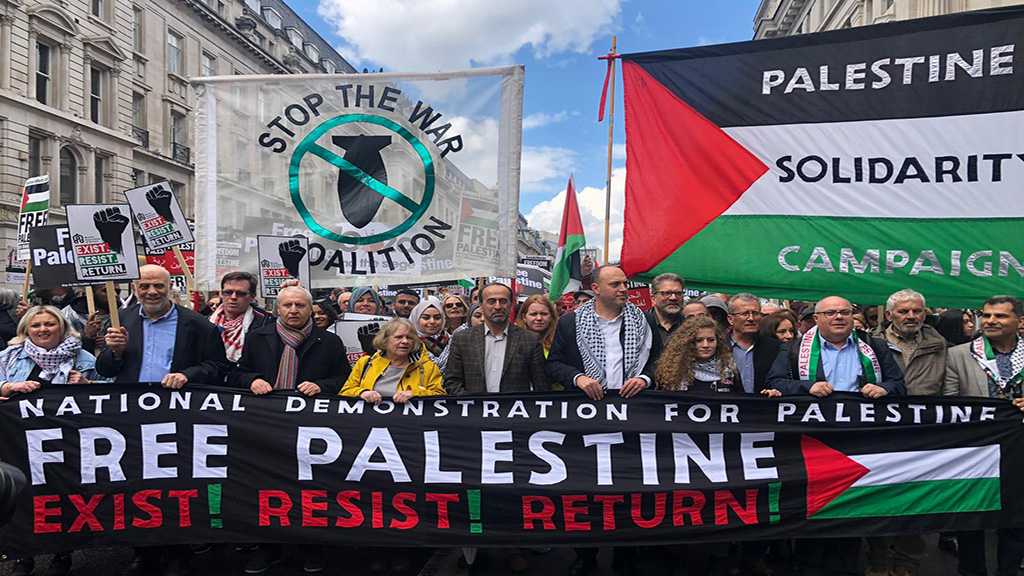 Thousands of pro-Palestinian demonstrators marched through central London for the National Demonstration for Palestine.

The marchers during the event on Sunday called to free Palestine, for the right of return for Palestinians, and for the end to unprecedented attacks on Palestinians by the ‘Israeli’ occupation forces.

The event, which marks the 71st anniversary of the Nakba, or catastrophe, referring to the formation of the occupation entity, was organized by the Palestine Campaign with the support of Stop the War Coalition, Palestinian Forum in Britain, Friends of Al-Aqsa and the Muslim Association of Britain, as well as several trade unions and the Momentum faction of the British Labor Party.

The march was led by Ahed Tamimi, the activist teen who became a Palestinian national symbol after being jailed in the occupied territories for ‘crimes’ such as aggravated assault, hindering a soldier in the line of duty, incitement, threatening a soldier’s life and rock throwing, including one incident caught on video in which she slapped a soldier.

At the protest Tamimi stated: “From the river, to the sea, Palestine will be free.”