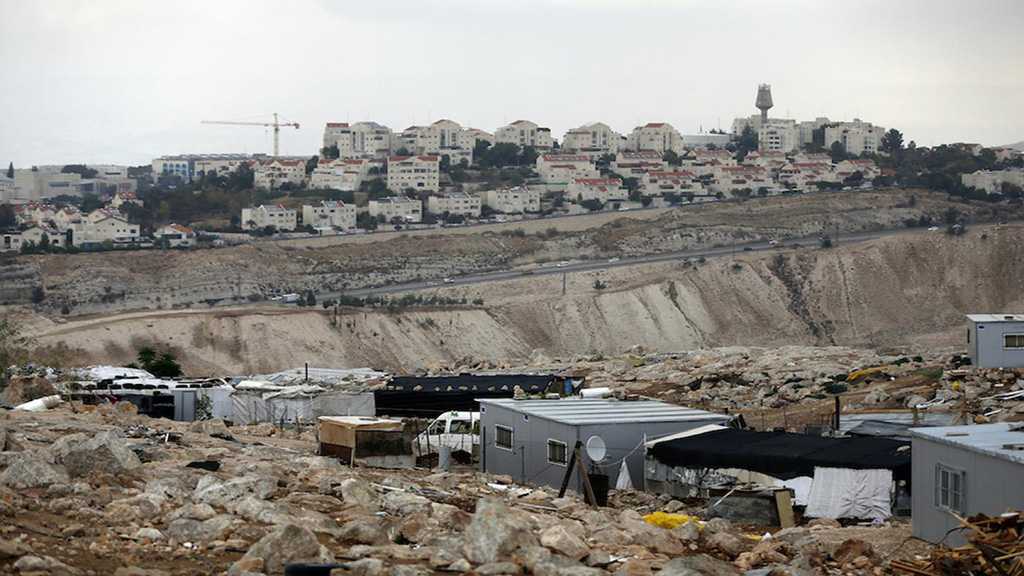 The report said that the plan, expected to be made public in mid-June, will recognize that all ‘Israeli’-settled areas “will remain in ‘Israeli’ hands under a permanent accord”.

While the US will not explicitly back the “annexation” of the settlements, or the extension of “Israeli sovereignty” to them, it will not object to the “extension of ‘Israeli’ law” to them.

The un-sourced report, which did not include a response from the Americans, comes after repeated vows by Zionist Prime Minister Benjamin Netanyahu to extend ‘Israeli’ ‘law’ to the settlements, ideally with American backing.

More than 400,000 settlers occupy settlements built on land seized by the Zionist entity in the 1967 Six-Day War.

While all ‘Israeli’ settlements are viewed as illegal under international law, ‘Israel’ differentiates between those it has approved and those it has not.

Those without approval are referred to as outposts and tend to be populated by hardline religious settlers who see the entire West Bank as part of the Zionist entity.

The Palestinians have pre-preemptively rejected Trump’s deal, which is expected to be focused around a number of economic initiatives.

Top Palestinian officials have said that the plan is “dead on arrival” and that it falsely assumes that money will compensate for the “inalienable rights” of the Palestinian people.