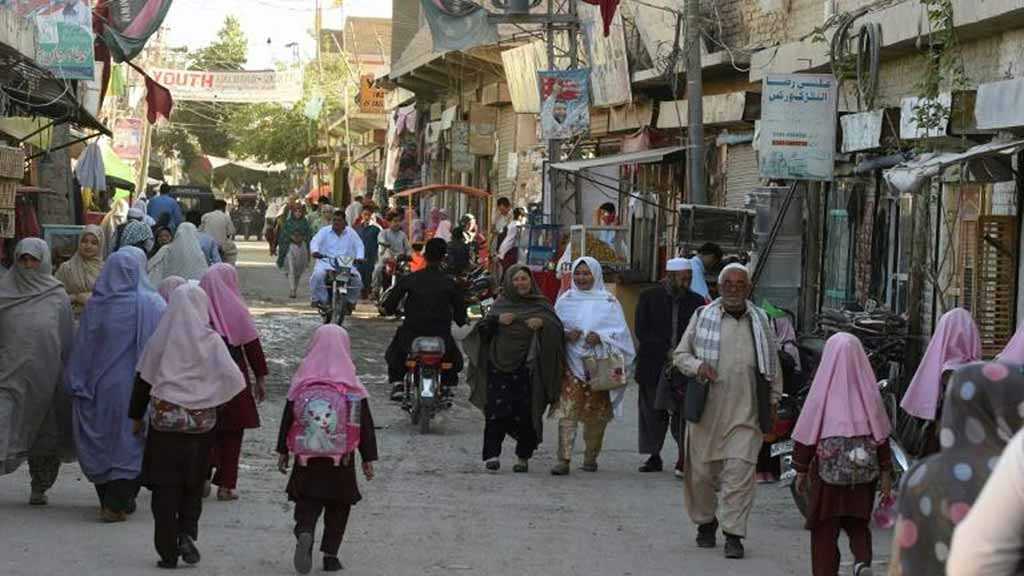 Crowded into "ghettos" surrounded by armed checkpoints, Pakistan's Shiite Hazara minority say they are being slaughtered by sectarian militants in the southwestern city of Quetta, with authorities seemingly unable to halt the killings.

For years, hundreds of thousands of the Shiite community's members have been hemmed into two separate enclaves cordoned off by numerous checkpoints and hundreds of armed guards designed to protect the minority from violent militants.

"It's like a prison here," said Bostan Ali, a Hazara activist, about conditions inside the enclaves.

"The Hazaras are experiencing mental torture," he added, complaining the community has been effectively "cut off from the rest of the city" and "confined" to such areas.

The Shiite community's presence is particularly strong in Quetta – the uneasy capital of impoverished Balochistan province where sectarian violence, suicide bombings, and banditry are common.

Hazaras are technically free to roam around Quetta at their will, but few do, fearing attacks.

To further protect the group, day traders and market vendors are also given armed escorts when they leave their neighborhoods, while ongoing military operations are said to be targeting militants in the restive province.

But even these measures have proven inept at stopping major attacks on Hazaras.

Just last month a bombing at a vegetable market left 21 dead and 47 more wounded – with the majority of the victims identified as Hazara.

The incident is all the more disturbing considering the group was under the protection of Pakistani paramilitary forces, who failed to stop the suicide bomber from detonating in the crowd.

The attack – claimed by the Wahhabi Daesh [Arabic acronym for “ISIS” / “ISIL”] and its local anti-Shiite affiliate Lashkar-e-Jhangvi – is just the latest in a long series of assaults targeting the group, including back-to-back bombings in early 2013 that killed nearly 200 of its members.

The situation across the border in Afghanistan is equally if not more dangerous, with Hazara mosques, schools, and community events regularly attacked by insurgents.