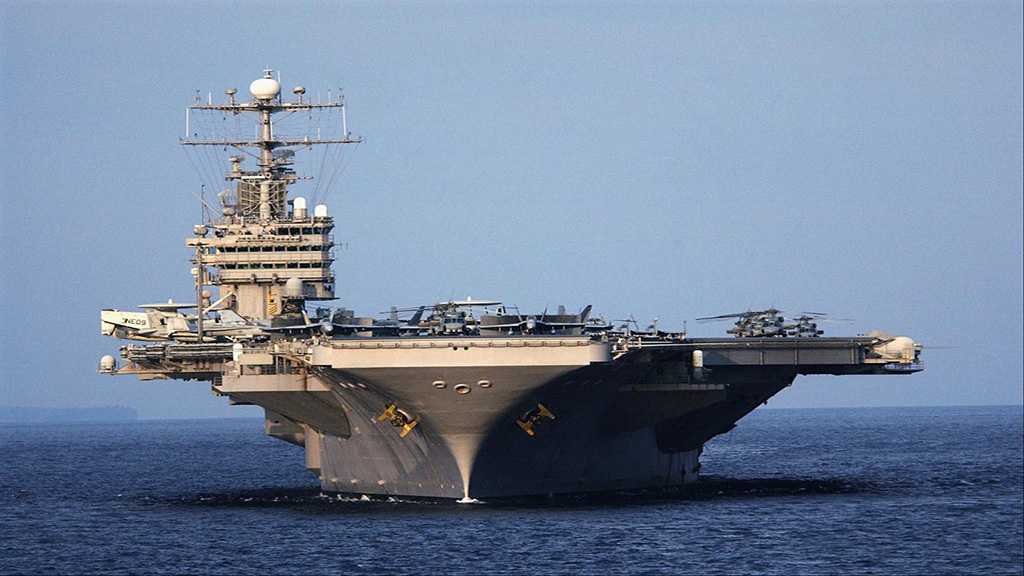 The commander overseeing US naval forces in the Middle East retreated his country’s threats on Thursday by only saying that he will sending an aircraft carrier through the vital Strait of Hormuz, ‘if needed.’

Vice Admiral Jim Malloy, commander of the US Navy's Bahrain-based Fifth Fleet, did not say whether he would send the USS Abraham Lincoln carrier strike group into the strategic waterway off Iran, through which passes a fifth of oil consumed globally.

The group, whose deployment to the Middle East was fast-tracked by President Donald Trump's administration as a warning to Iran, transited through the Suez Canal into the Red Sea on Thursday and was now under Malloy's command.

"If I need to bring it inside the strait, I will do so," Malloy said in an interview by phone. "I'm not restricted in any way, I'm not challenged in any way, to operate her anywhere in the Middle East."

Iran has dismissed the US contention of a threat as "fake intelligence." Tensions have risen between Tehran and Washington since the Trump administration withdrew a year ago from a 2015 international nuclear deal with Iran and began ratcheting up sanctions to throttle the Islamic Republic's economy.

The Pentagon claimed earlier it expedited the Lincoln's deployment and sent bombers to the Middle East after US intelligence signaled possible preparations by Tehran to stage attacks against US forces or interests. Malloy said the intelligence was linked "with actual activity that we observed."