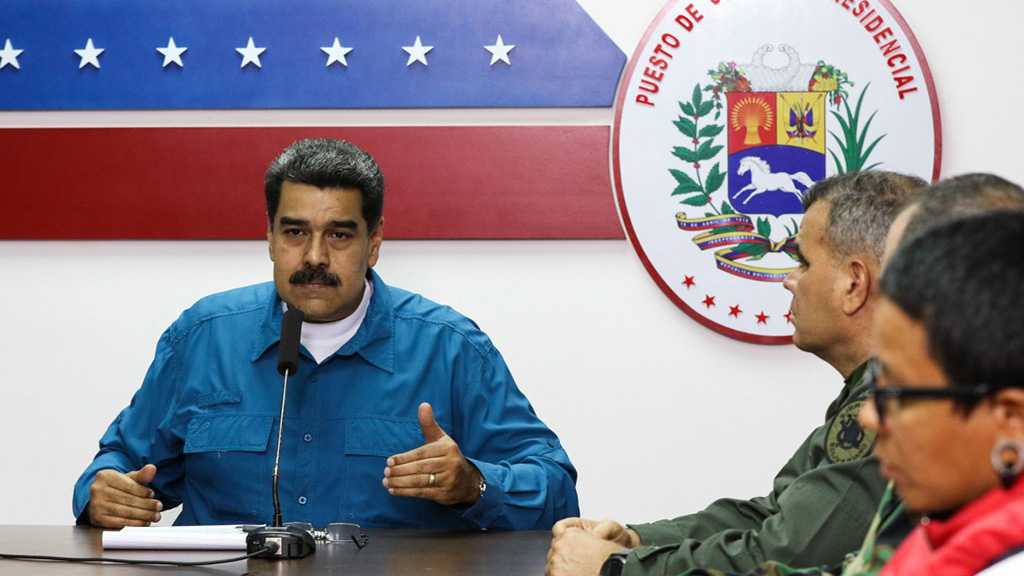 The Colombian Foreign Ministry claimed in a statement on Wednesday, that a Venezuelan unit crossed over about 200 meters onto its territory.

According to the statement, cited by AFP, around 30 military personnel were "identified by locals as belonging to the Bolivarian Armed Forces […] who remained for around 20 minutes".

The Colombian Foreign Ministry said the alleged Venezuelan forces withdrew after Bogota sent a helicopter with soldiers to the area in response to calls from locals, AFP reported.

Later in the day, Venezuelan President Nicolas Maduro threatened a possible "military escalation" with neighboring Colombia in a televised speech.

"There is an escalation of statements that could end in a military escalation on the border […] involving the criminal forces of Colombia against Venezuela […] everything is part of the US imperialist plan", Maduro said, quoted by AFP.

Over the past years, Colombia and Venezuela have recalled their ambassadors multiple times amid tense relations between the two neighboring countries.

Back in February, Bogota decided to partially shut the country's northeastern border with Venezuela after efforts by the Venezuelan opposition allowing trucks with unauthorized humanitarian aid into the country, led to clashes between Venezuelan security officers and pro-aid protesters.

Following the attempts to illegally bring humanitarian aid into Venezuela from Colombia, Maduro announced that Caracas was cutting off diplomatic and political relations with Bogota.

Venezuela is currently going through a deep political and economic crisis. The Latin American nation’s turmoil worsened as the United States imposed several rounds of tough sanctions against it after the US-backed opposition leader Juan Guaido illegally declared himself interim president in late January.

Maduro accuses the United States of trying to orchestrate a coup in order to install Guaido as a US puppet so that Washington can take control of Venezuela’s oil resources.