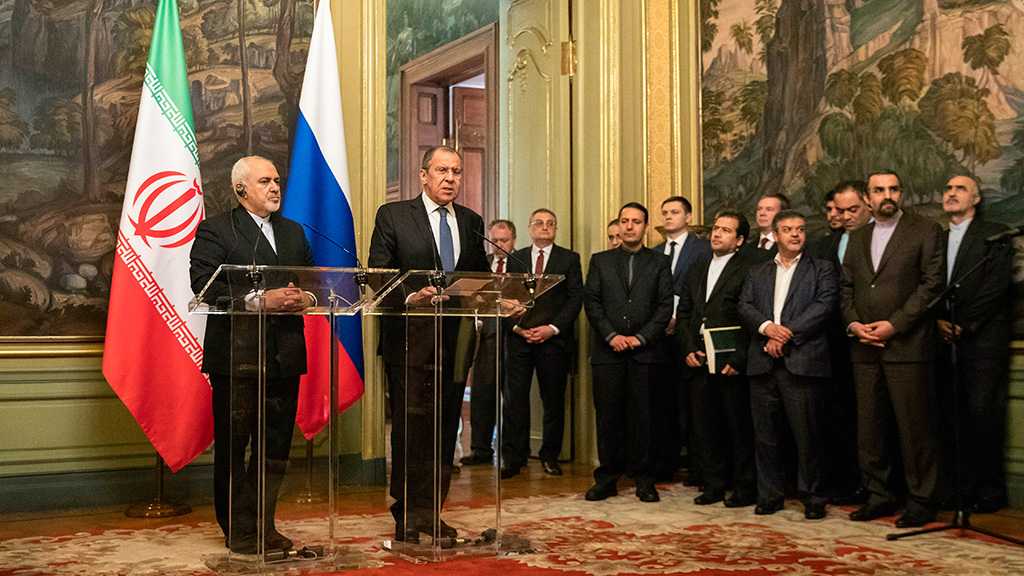 Tehran and Moscow urged the European sides to the 2015 Iran nuclear deal to comply with their commitments to guarantee the survival of the agreement, officially known as the Joint Comprehensive Plan of Action [JCPOA].

After holding talks with his Russian counterpart in Moscow on Wednesday, Iranian Foreign Minister Mohammad Javad Zarif attended a joint press conference with Sergei Lavrov, during which he said the nuclear deal's survival could be guaranteed if the agreement's European signatories fulfilled their obligations, which he said they had yet to fully honor.

Russia and China have fulfilled their obligations “but other countries, particularly the European sides to the JCPOA, have failed to honor their commitments," said Zarif.

"There's now a short window of time when other signatories of the pact, and in particular European countries … can honor the obligations. If these commitments are honored we can guarantee the continued survival of the JCPOA,” he added.

“The measures that we suspended are those in line with the articles 26 and 36 of the JCPOA, to which we are entitled,” he added.

Zarif noted that the new US sanctions announced in May 4 in fact made it impossible for Iran to implement the articles, which indicated Washington’s decision to continue with its “destructive” policy.

For his part, Lavrov agreed, calling on Britain, Germany and France to fulfill their obligations under the deal.

“We will call on them, as we have done before, to concentrate on implementing everything that is enshrined in the JCPOA and approved by the UN Security Council,” he said.

He said it was crucial for the nuclear pact's signatories to hold consultations to ensure the agreement survived.

Earlier on Wednesday, Iran informed the five remaining signatories to the 2015 nuclear deal of its decision to suspend the implementation of some of its commitments under the JCPOA, exactly one year after the United States unilaterally abandoned the international document.

The ambassadors of France, Britain, Germany, Russia and China received a letter penned by Iranian President Hassan Rouhani elaborating the suspension of some of Iran's commitments under the JCPOA.