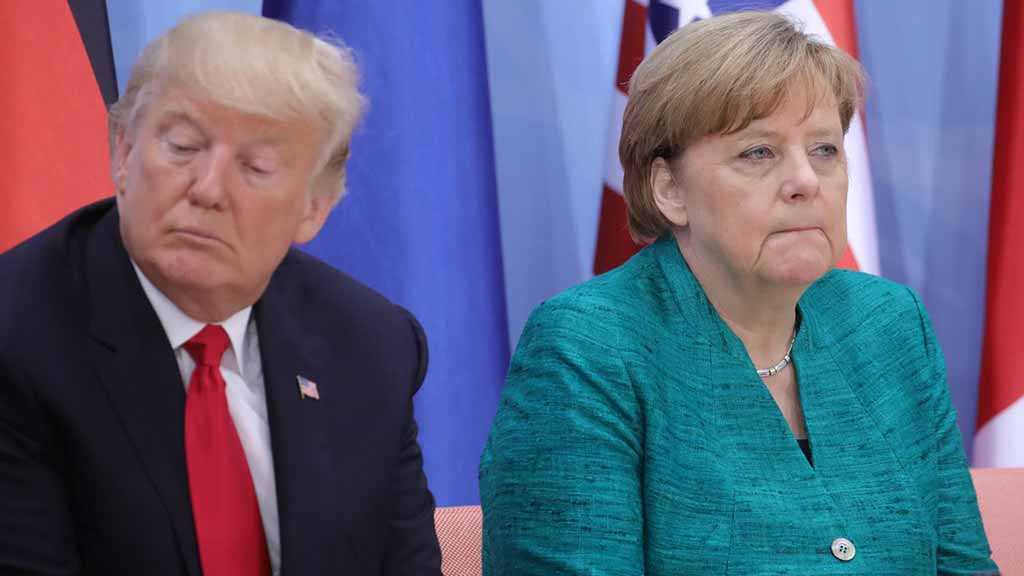 US Secretary of State Mike Pompeo abruptly cancelled his visit to Germany this week, where he was scheduled to meet with Chancellor Angela Merkel. This has sparked speculations about US-German relations failing apart and prompted a Sueddeutsche Zeitung journalist to call on Berlin to develop a strategy for the post-Trump era.

The abrupt cancellation of Mike Pompeo’s visit “is difficult to excuse”, Daniel Broessler noted in an article for the respected outlet Sueddeutsche Zeitung. He points out that there is rudeness in the world of diplomacy, like missing important international meetings as foreign minister, and insolence, referring to Pompeo’s announcement just hours before meeting Angela Merkel and his German counterpart Heiko Maas.

Daniel Broessler noted that it is not clear which matters are "more urgent" than an inaugural visit to Berlin, but voiced his conviction that much of what was praised as German-American friendship not so long ago, is “in shreds” two years after the inauguration of current US President Donald Trump.

According to the journalist Trump's foreign policy “follows the maxim of asserting one's own interests against allies, not with clever diplomacy but with brutal power politics”, which Europeans, and Germans, in particular, experienced in the dispute over tariffs.

“Complicated international contracts mean little to Trump, his passion is the heavy-handed deal. In many cases, the US is now no longer an ally, but an adversary against whom alliances must be forged. That's the case with the Paris Climate Agreement and, above all, with the nuclear agreement with Iran”, Broessler noted.

However, he also added that both countries still have many common interests, and Washington’s demands for more international deployment from Berlin is “exactly where the Germans and Americans could come together”. He also expressed hope for relations healing in the future, when Trump’s time in the White House comes to an end.

“Hopefully, the US after Trump will once again become a true partner and champion of international rules and democracy. But they will never again become the protective power on which the Germans have relied for so long”, he wrote, noting that it was time to “prepare the ground for a partnership with the US”.

Mike Pompeo’s cancellation of his trip to Germany where he was to meet the country’s leadership, became known on 7 May.

"Unfortunately, we must reschedule the Berlin meetings due to pressing issues. We look forward to rescheduling this important set of meetings. The Secretary looks forward to being in Berlin soon”, State Department spokesperson Morgan Ortagus said, according to multiple reports.