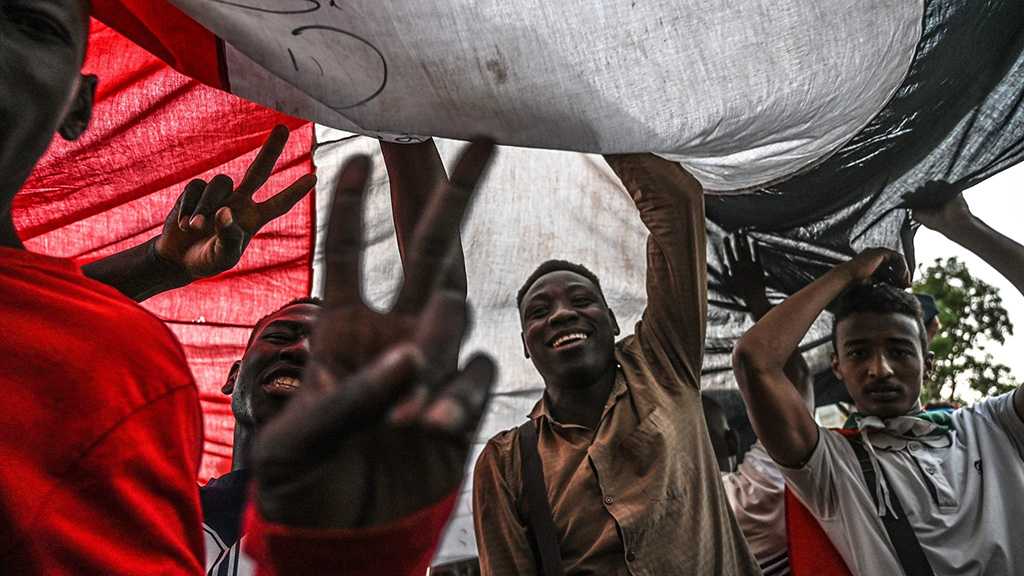 By Nesrine Malik – The Guardian

In the days following the ‘Yom Kippur’ war, after the Egyptian president, Anwar Sadat, agreed to a ceasefire and subsequent peace treaty with ‘Israel,’ he faced questions at home about his climb-down. When confronted on his capitulation, he is reported to have said that he was prepared for battle with ‘Israel’ but not with America. On the third day of the war, President Nixon had authorized Operation Nickel Grass, an airlift from the United States with the purpose of replenishing ‘Israel’s’ military losses up to that point. In November of 1973, the New York Times reported that “Western ambassadors in Cairo confirm Egyptian accusations that American Galaxies were landing war equipment in the Sinai.”

There was something of Sadat’s realpolitik in the realization over the past few weeks that Saudi Arabia has no intention of letting Sudan’s revolution achieve its objective of removing the military once and for all and installing a civilian government. In the period preceding the revolution, Saudi Arabia had grown relatively lethargic and jaded about Sudan, a country it saw as good only for providing bodies as battle fodder for its war in Yemen. When Sudan’s then president, Omar al-Bashir, fearful of his demise, took his begging bowl to his allies in the region, Saudi Arabia demurred. But this lack of interest evaporated the moment it became clear that there was real power in Sudan’s streets, and Bashir was deposed.

Long gone are the days when the US was the chief meddler in the region. Saudi Arabia has taken its place as a powerful force for the status quo. Gone also are the days when Saudi Arabia’s idea of extending its sphere of influence was to sloppily funnel funds to religious schools and groups across the Arab world and south Asia. The country has now taken on a more deliberate role: to stymie political change wherever possible.

Within days of the removal of Bashir, Saudi’s purse strings loosened. Along with the UAE, it pledged a $3bn aid package to prop up Sudan’s economy and thus the transitional military government. This shot in the arm has been accompanied by an alarming and unprecedented phenomenon, a propaganda campaign launched in Saudi-owned or Saudi-sympathetic media.

Gulf News ran a profile of the current head of the transitional military council saying that “during the war in southern Sudan and the Darfur region, he served on [sic] important positions, largely due to his civic manners and professional demeanor”. “Civic” and “professionally run” are not words many would use to describe the wars in Darfur and the south of the country.

The editorial started with a panicked homage to Sudan as “one of Africa’s and the Arab world’s most strategic countries”, as if the Saudis had just caught on to the fact that Sudan was not the sleepy, pliant, begging backwater they hoped it was. A senior United Arab Emirates minister last week tried to frame the sudden interest and largesse towards Sudan as a wise precaution after the tumult of the Arab spring. “We have experienced all-out chaos in the region and, sensibly, don’t need more of it,” he lectured. But this newfound affection for oh so strategic Sudan and its civic-mannered military leaders has more to do with the Saudi royal family’s heightened insecurity about its own fate than it does with maintaining stability. The danger of a Sudanese revolution is in its optics, in the sense of possibility that it suggests. If Saudi used to care about extending its soft power across the world in order to call on alliances against regional enemies such as Iran or Qatar, today’s aggressive Saudi foreign policy adventurism can be seen in the light of its one overarching fear: regime change.

Despite its economic troubles at home, the Saudi government still sees its sovereign wealth as a massive war chest to be leveraged to the end of its own survival. Even though the Saudi royal family seems to have a total monopoly on power, executing dissenters on a whim on national or foreign soil, Sudan has demonstrated that regime change is rarely about the technicalities. It is never about the firepower that an opposition can wield against an incumbent: it is about popular will. You can’t execute everyone.

The many failures of the Arab spring have been a boon for establishment regimes across the Middle East. No good will come of change, was the conventional regional wisdom for too long. Sudan is messing with that narrative. The army and the royal family are the only two institutions that can be allowed to rule, the logic goes: when civilians enter the fray they bring with them security lapses, terrorism and incompetence. But civilian governments also threaten other nuisances: real democracy, accountability and free expression. Saudi Arabia must prevent this, under the pretense of seeking stability, with the US absent but tacitly endorsing.

And so the Sudanese protesters, still firm in their standoff with the transitional government as they demand civilian rule, can wage war against Bashir and the remnants of his regime that are still in power. But how can they take on Saudi Arabia and its powerful allies in the region, who airlift support to the government? The burden on the Sudanese revolution is now even heavier – but the reward, if it succeeds, is to shake the thrones of all despots across the Middle East.