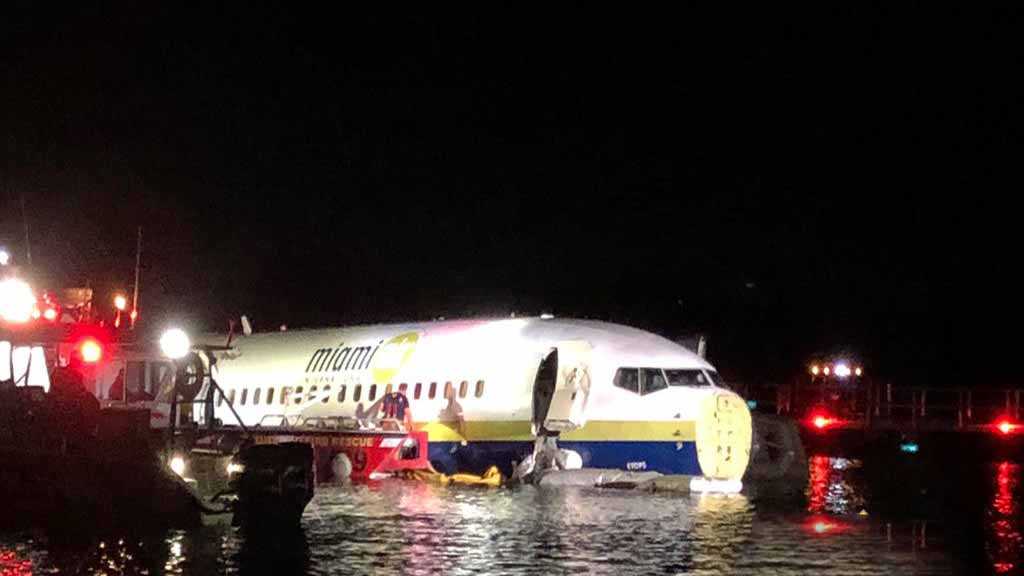 A commercial plane went into the river near Jacksonville, Florida, mayor said. The plane believed to be carrying 142 people on board. There were no fatalities, according to local Sheriff.

A large plane went down in the St. Johns River in Jacksonville, Florida, according to multiple reports on social media. According to local Sheriff, the aircraft was Boeing 737. There were no fatalities as a result of the crash, Sheriff said. However, several people have reportedly been injured in the accident.

The mayor of Jacksonville said he had been briefed on the situation by the local fire and rescue service.

The plane believed to be carrying 136 passengers and 6 crew members on board has skidded off the runway at Naval Air Station Jacksonville in Florida and went into the St. Johns River, local officials said. The plane was arriving from Guantanamo Bay, local media reported.

Boeing has responded to the accident saying that it was aware of it and was gathering information.