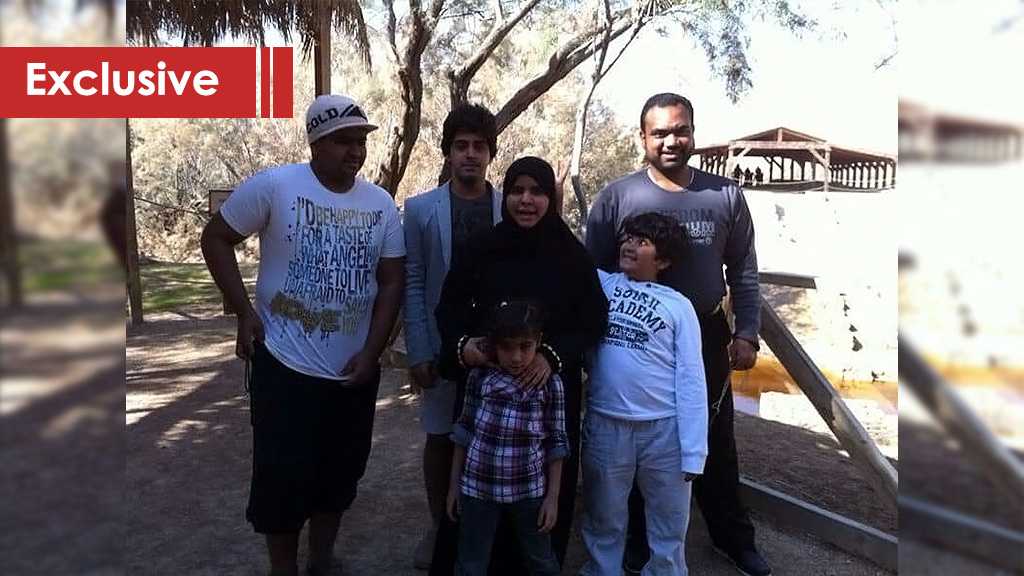 One of the recently beheaded martyrs inside the Saudi Kingdom is Abbas Haji Ahmed al-Hassan. A Banker who had four children, was arrested from his family home, remained behind bars for over 6 years, and lost his life despite being well known for his tolerance. Instead, the regime accused him, like all other detainees, of ‘terrorism’-related charges.

The open-minded man was very tolerant to others of different viewpoints. He was raised on the Islamic value that finds the most honorable among people are those who are most pious.

His family narrated chapters of his life. They said he was open to relations with people from all sects. He used to participate in the gatherings of Sufis as well liberals. He was ready to discuss and argue with any other person. He was also having his religious studies in the Hawza. But because of his acceptance of others, he was always under the government’s supervision.

Martyr Abbas Al-Hassan was the Regional Manager of the Automated Support Unit at the Arab Bank, in addition to founding the Makarem Import and Export Establishment, and working with a touristic company whose activities include visiting the holy sites for religious, cultural and spiritual tourism when visiting the shrines of the Prophet’s household [PBUT]. The government didn’t like this, as it didn’t like all other martyrs’ activities.

His Makarem Establishment was founded in service of the Shia community and in support of holding the Imam Hussein memorial ceremonies. For that, he was firstly warned to write a pledge, but martyr Abbas didn’t accept that. So, he was detained on May 5th, among a group of the community’s elite who were all detained for unrelated crimes.

‘The martyr, who had never killed a mosquito, would never have harmed a person in his life,’ his wife stressed.

Abbas was brutally arrested as he tiredly returned home from work. He was planning to go with his family to perform Umrah. The moment he stepped out of his car walking towards the house, the investigations and raids groups arrested him, then told him to walk home.

He told them that they are arresting him without showing a warrant and without giving him a reason for that. “I don’t accept terrifying my children. You may only enter the house over my dead body.”

Abbas kept in mind that his wife might open the door without having the Abaya over her head. He rang the door, his son Mohammad opened the door, then told his mother that his dad is over there and some women are also with him.

The wife narrated that as she asked: “Who is there?” The martyr said Um Muhammad open the door, you are safe.

“I opened the door, the female inspector entered. She asked me: where is your children’s room? I asked her why? She said we are the police, we have some questions to ask your husband then we will leave. I didn’t believe what she said, but the moment we entered the children’s room, she brought the Abayas of my daughters Maria and Zahraa, and we saw more than 25 persons messing up everything at home. Then they asked him to sit in the hall.”

“I told her: had you been the police, why there are all those people here and why they are dressed as civilian? You are from the investigations. Kindly don’t tell me lies again. I wanted to go to Abbas. Then a policeman put his gun and told me to sit. I sat down, then Abbas nodded his head to keep calm. I sat down until they finished messing up with the house. Then they took Abbas, and Maria caught her father’s clothes, Nasser held his leg… it was very painful. I remember it as if it was today. He told the children, my dearests let me leave…”

The martyr was accused of ‘spying for Iran, funding Imam Hussein memorial ceremonies, recruiting other people, and conducting researches for an ‘enemy’ channel, al-Alam News Channel,’ which was untrue and was hence sentenced to death, his wife stressed.

“We couldn’t visit him before two months and 16 days after his arrest. He was only able to call us for a few minutes. Over the period of investigation, he was not allowed to contact his lawyers or communicate with anyone. When we visited him for the first time, it was very clear that he had been tortured. We were only allowed to visit him twice a month. The first visit was for close family members that include his brothers and sisters, children, wife and parents only; and the second visit is specified for the wife only. As for phone calls, he was allowed to only make one call per week, with a maximum duration of 10 minutes, which is also limited with the close relatives.”

It is a matter of fact that over the five years that preceded arresting Abbas, the Shia community, particularly in Jeddah, was heavily targeted and weakened.

The man was trying to recover his economic situation to contribute to helping the needy and poor families. It is also a fact that the Shia community doesn’t receive any governmental support. The Makarem project he established was intended to improve his income and hence can stop depending on his job to support the Shia community. This was one of the issues the Saudi regime didn’t accept.

He had a joint job with Martyr Sheikh Mohammed al-Attiyah to spread awareness and culture among the Shia community, not to mention that the memorial ceremonies they held for the sake of Imam Hussein [AS] were open to and attended by all sects. Those participants had never had any problem in this, they rather welcomed being part of it.

The martyr left behind a bereaved wife and four children to take care of. The eldest among them, Mohammad, was only 14 when his father was arrested. Then came Maria (12), Nasser (9) and the youngest was Zahraa, who was less than 6 years at the time.

His wife said that she last visited him the Sunday before the execution. “We agreed to schedule another visit for after two weeks. He was asking me about the children. They didn’t inform us. We didn’t even have a chance to bid them farewell.”

The wife said the family has learned the news from social media: “At around 14:45, the news started circulating on Twitter, and this is how we were informed about it. We didn’t believe it! It took us several hours to comprehend it. But “There is no power or strength save in Allah.”

All families of martyrs were threatened by the government not to speak up for their sufferings.

The martyr spent almost seven years behind bars. The overall duration was very hard to spend. He was tortured, his rights were violated and he was interrogated even after the regular duration of interrogation was done. Two years of his imprisonment were spent in Riyadh. As the interrogation started, all kinds of violations and humiliation were practiced against him. Their imprisonment in Riyadh was a tragedy for him and for us. Even the visits didn’t take place easily. There was intended humiliation for the Shia community.

When they divided the group of detained elite, a part of them was taken to the notorious al-Dammam General Investigations Prison, another part remained in Riyadh, and a group was take to the Thahban Prison in Jeddah. They abused them. Even the trials were unjust and unfair. Even their lawyers couldn’t attend their trials. Visits were marred by restrictions, sometimes harassment by some officers, long wait, and extreme nervousness. But now he has been raised as a martyr, Thanks God.