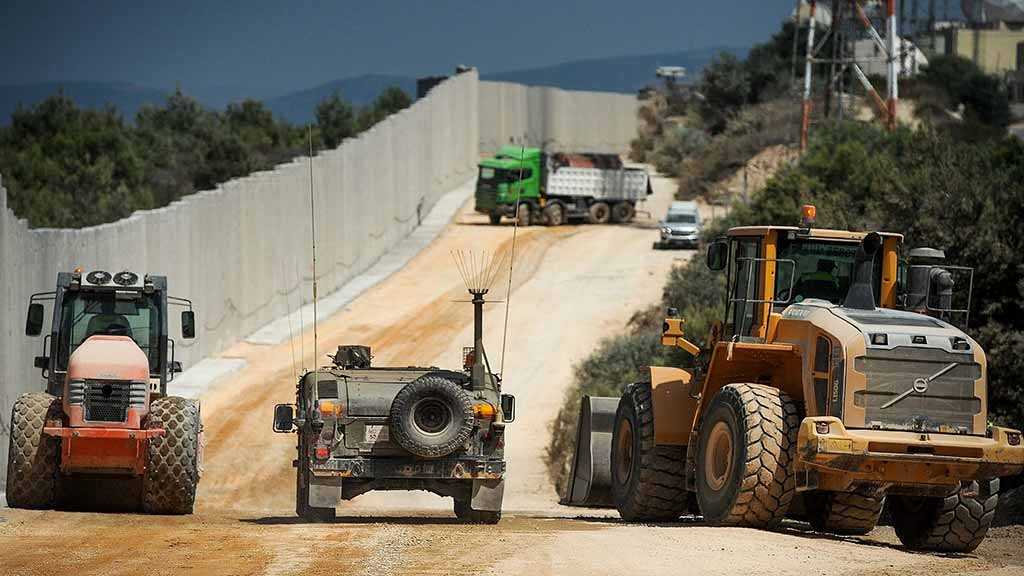 The military correspondent for “Israel’s” Channel 12 website, Nir Dvori, reported that the occupation army is working to erect a barrier along the Lebanese border out of fear that Hezbollah's special forces may infiltrate occupied Palestinian territories through new tunnels.

Below is the text of his article:

Operation “Northern Shield”, aimed at eliminating Hezbollah tunnels, ended about three months ago, but its repercussions are still evident on the ground. The “Israeli” army unveiled yesterday the clandestine unit behind the tactical operation – the "underground fighting unit". Hezbollah systematically worked to penetrate "Israeli" territory through the tunnels.

In this context, Maj. Gen. Gilad Mazor, who heads the underground fighting unit of the 91st Division that was established specifically for this operation said that the outfit was continuing “to work in various ways because we estimate that Hezbollah will also try to dig in the future.”

“Through the capabilities that we have developed here together with the special units, such as the Yahalom, and ‘Israeli’ security products, we are able to follow closely such attempts if they happen," he added.

As was the case after the Hamas tunnels were uncovered in Gaza, the next stage after the discovery of the tunnels dug by Hezbollah was to create an underground barrier along the border with Lebanon. The barrier is intended to prevent the infiltration of Hezbollah’s special forces, which have been trained to work in “Israel” through the tunnels.

"The aim is to lay the groundwork for a hostile attack in the event of an emergency and in return allow our forces to counter-attack," explained Lt. Colonel Avshalom Dadon of the “Israeli” Engineering Corps.

Lt. Col. Dadon also explained that part of the work involves redrawing the borderline by creating barriers along the front, exposing areas and setting up groves against Hezbollah. In light of this estimation, the existing barrier has been strengthened, and a seven-meter-long cliff has been built in recent months. This cliff separates the village in Lebanon from the "Israeli" settlement, and this “hinders” the attack of the enemy forces “against our territories”.