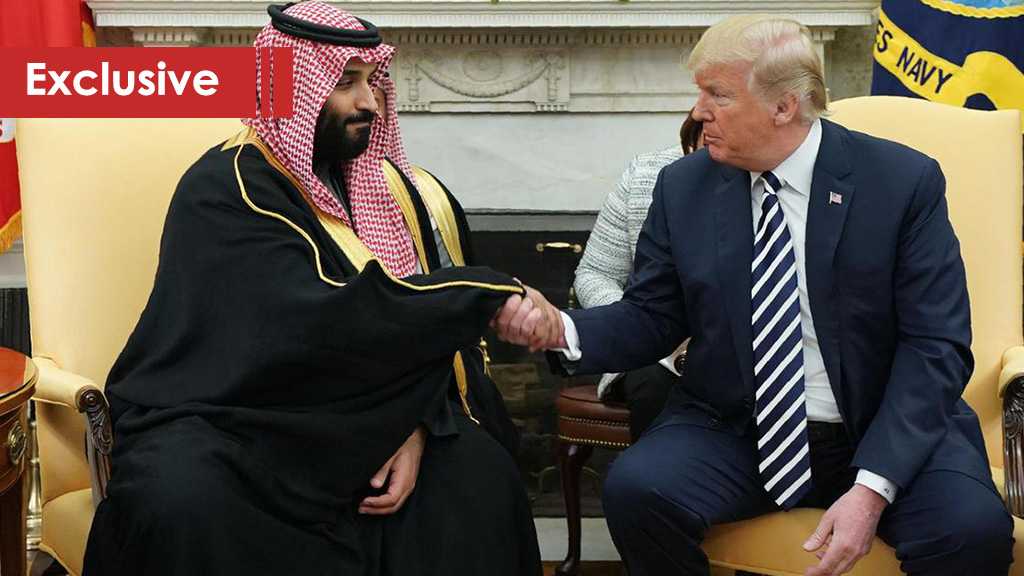 According to figures from Saudi Aramco, the percentage of Saudi crude exports to the US in the last four years stand as follows:

This decline in Washington's imports of Saudi crude has been going on for the past decade. It follows years of American addiction to Riyadh's oil. Between 1991 and 2003, Saudi Arabia sold its crude oil to the Americans at discounted prices under the so-called Saudi Crude Discount Program.

On the surface, Saudi Arabia secured support from Presidents Bush Sr., Clinton and Bush Jr. for sophisticated arms deals and Riyadh's exemption from Congressional sanctions. But the reality is that this system was obvious blackmail. The Americans were advancing the project of self-sufficiency in their own oil production. They were storing the crude they got from Riyadh (and Iraq after the invasion) in their strategic reserves, which had the ban on its consumption removed before Barack Obama left the White House.

The time when Saudi Arabia’s crude oil was the center of Washington’s attention long gone. The Americans were able to overcome their need for Gulf oil and are making progress in their won production capabilities. In light of this reality, Saudi Crown Prince Muhammad Bin Salman and his team realized that they needed to offer alternative temptations for Saudi crude oil, and only had to pledge to privatize the whole country and offer it to the Americans. This is where he came up with the so-called a 2030 vision. He succeeded through his deal with Donald Trump to emerge as the favorite and top his cousin – the security man. As such, he is guaranteed to succeed his father by earning Washington’s blessing.

It is true that Saudi Arabia leaked to the press its decision to postpone the sale of 5% of Aramco’s shares indefinitely, but the sale is going to happen even if it was delayed. He will start by offering 5% of the company’s shares, which will increase to 49% (if not more). Saudi Arabia's abuse of its holy cow (Aramco) signals its financial weakness, which will place the kingdom at the mercy of multinational corporations, especially the US. This would affect its policies and capabilities. The Saudi state will eventually weaken.

Trump is building his presidential campaign for 2020 by talking about the pockets of Americans that in turn dictate their choices. He tells them about a rise in job opportunities, the return of capital to America and the bringing in of investments in the hundreds of billions. Here, it would be logical to display in his electoral campaign how he forced the Saudi king (who he loves and whose money he loves) to pay billions. The populist approach earned Trump the 2016 election. During his electoral campaign at that time he threatened to force Saudi Arabia to pay the price of US protection if he won. Today, he is trying to address his electoral base from the position that he carried out his promises. He will continue to articulate how he made Riyadh pay the price of US protection at every electoral rally until November 2020. Saudi Arabia’s King Salman will not be able to respond to him since he played all his cards to bring his spoiled son to power.