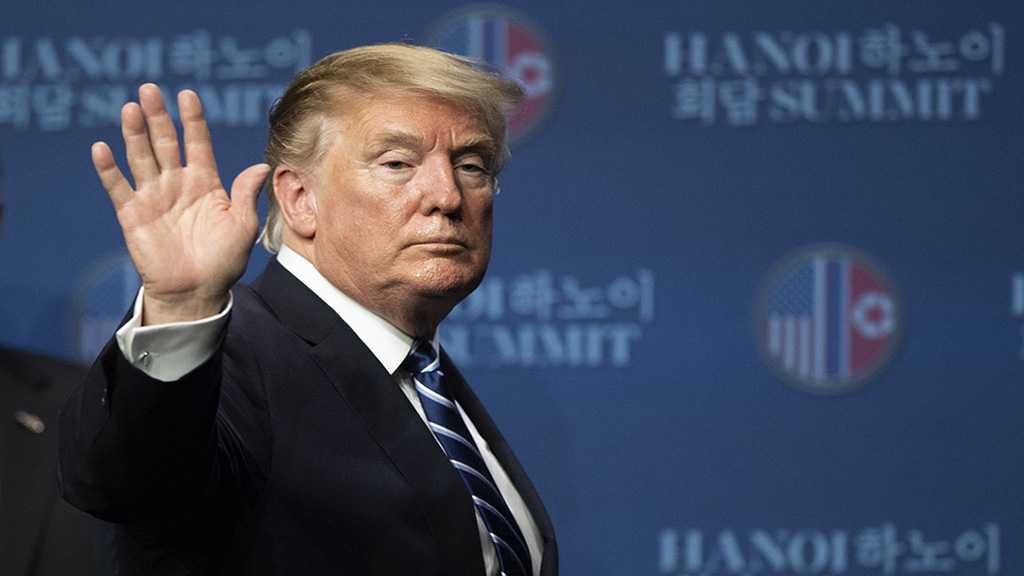 In yet another unilateral American withdrawal from international treaties, US President Donald Trump said he would pull the country out of the United Nations' Arms Trade Treaty which sets global standards for regulating transfers of conventional arms.

The agreement, known as the ATT, was signed by former President Barack Obama in 2013 but opposed by the National Rifle Association [NRA] and other conservative groups.

Announcing his decision on Friday, Trump said, "We will never surrender American sovereignty to anyone."

He said he planned to revoke the status of the US as a signatory of the agreement, which the Senate never ratified.

"We are taking our signature back," Trump told members of the NRA.

He then signed a document from the podium, requesting that the Senate immediately halt the ratification process and send the treaty back to him so he could annul US participation.

The treaty, which regulates the $70 billion business in conventional arms and aims to keep weapons out of the hands of human rights abusers, has long been opposed by the NRA.

In 2016, the lobbying group spent $30.3 million supporting Trump’s 2016 presidential campaign, according to the Center for Responsive Politics, a group which tracks campaign spending.

Abby Maxman, the president of Oxfam America, an international anti-poverty group, said, "President Trump is sending a clear message to civilians caught in the crossfire: we don’t care.”

Meanwhile, Adotei Akwei of Amnesty International USA also said in a statement: “With this announcement, the Trump administration will re-open the floodgates for arms sales with weakened human rights criteria.”

Around 100 countries have officially signed the treaty so far, and another 29, including the US, have signed it, but not yet formally joined.