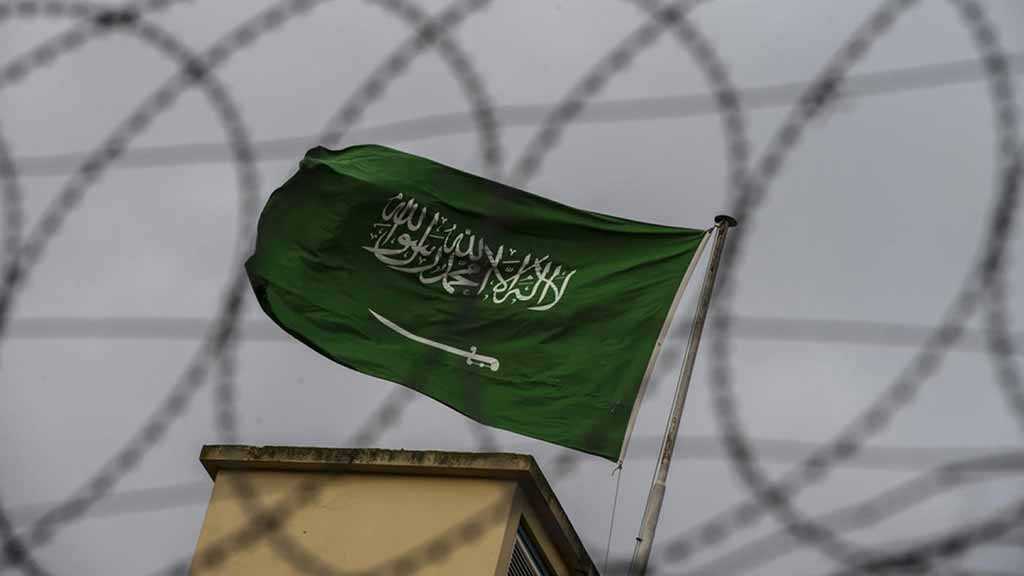 Human rights groups have hit out at the most recent brutal wave of punishment, revealed by the Saudis on Wednesday, in which 37 people killed.

Critics say the majority of those executed were convicted after sham trials that violated international standards and relied on confessions extracted through torture.

They also say the grisly and public punishments are being used as tools to crush pro-democracy campaigners, human rights activists, intellectuals and the Shia minority — to which at least 33 of those executed belonged to.

The mass execution was also denounced by a number of American politicians and journalists. Below are a few statements that went viral on social media:

I’m deeply troubled by the Saudi government’s mass execution of 37 prisoners, including 33 members of the kingdom’s Shiite minority. Human Rights Watch has reported that many of the confessions in two mass trials were obtained using torture and the prisoners later recanted.

I’ve called for the US to reconsider our relationship with Saudi Arabia and spoken out against the murder of journalist Jamal Khashoggi, the kingdom’s oppression of women’s rights activists and the numerous human rights violations committed by the Saudi-led coalition in Yemen.

These latest reports reinforce my concerns. We can’t look way from Saudi Arabia’s increased use of executions, particularly when so many questions surround the validity of the trials.

The tweet also had a video pointing that the Saudis have been spending billions of dollars spreading an “intolerant form of Islam,” which she said inspires terrorist groups such as al Qaeda, the Wahhabi Daesh [Arabic acronym for “ISIS” / “ISIL”], and Boko Haram.

“It’s an ideology that preaches hatred and bias toward Christians, Buddhists, Hindus, and atheists, and Muslims who are not followers of that extremist ideology,” Gabbard said. “Yet President Trump and Pence, who pose as defenders of Christians and Christianity, have embraced the Saudis, the purveyors of this anti-Christian jihad.”

Gabbard concluded her video by saying people who believe “in the freedom of religion must demand that President Trump and Vice President Pence give up their unholy alliance with Saudi Arabia.”

This is appalling. We have to stop selling the Saudis weapons and supporting this brutality.

Saudi Arabia's ruler MBS tortures & executes children. Already this year, he has killed 100 people. At least 3 today were arrested as teenagers & tortured into false confessions. He killed them for attending protests! Think about that.

Yesterday's mass execution underscores how urgent it has become for the United States to redefine our relationship with the despotic regime in Saudi Arabia, and to show that the Saudis do not have a blank check to continue violating human rights and dictating our foreign policy.

Student slated to attend Western Michigan University beheaded in Saudi Arabia, after attending a pro-democracy protest. Remind me, @realDonaldTrump, why are we best buddies with Saudi Arabia?

Niraj Warikoo: an American journalist and the religion reporter for the Detroit Free Press.

Mujtaba al-Sweikat, a student slated to attend Western Michigan University, is beheaded in Saudi Arabia. He had been arrested when he was 17 by Saudis in 2012 after taking part in democracy rallies, and tortured while in custody.

Kenneth Roth: an American attorney who has been the executive director of Human Rights Watch since 1993.

Among the 37 men just executed by the Saudi government was Mujtaba al-Sweikat who at age 17 was detained at the airport on his way to attend Western Michigan University. His supposed offense was attending a pro-democracy rally during the Arab Spring.

Lena Sun: the national reporter for The Washington Post.

One of the people executed on Tuesday was arrested at an airport in Saudi Arabia in 2012 as he was preparing to leave the country for a college visit to Western Michigan University, a human rights group said. He was 17 at the time.

America needs to limit ties with that dark and backward despotism.

This is an utterly horrific regime and in a world that made more sense no US president of any party would feel comfortable getting filmed gladhanding with its tyrants. Student slated to attend Western Michigan University beheaded in Saudi Arabia.