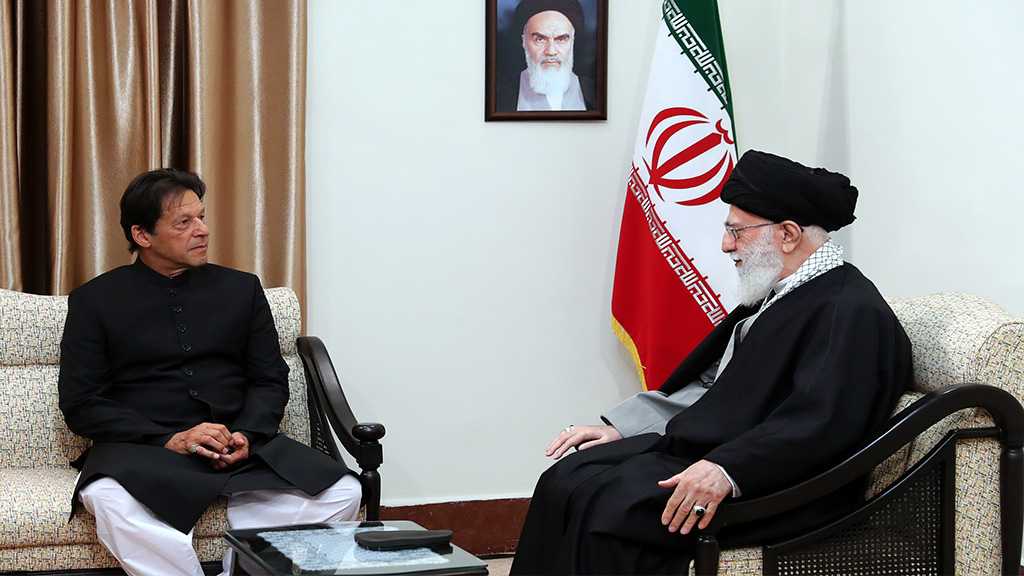 Supreme Leader of the Islamic Revolution His Eminence Imam Sayyed Ali Khamenei said terrorist groups backed by enemies of Iran and Pakistan seek to cause tension in the two countries' relations, adding that mutual relations must be bolstered in spite of the enemies’ will.

Imam Khamenei made the remarks in a Monday meeting with the visiting Pakistani Prime Minister Imran Khan and his accompanying delegation in Tehran.

“Terrorist groups, which sow insecurity along borders, are fed with the enemies’ money and weapons and one of the goals sought through anti-security measures along Iran's border with Pakistan is to contaminate the two countries’ relations,” Imam Khamenei noted.

His Eminence further emphasized that good relations between Tehran and Islamabad are beneficial to both sides, “but these relations have serious enemies, which despite their will, cooperation and contacts [between Iran and Pakistan] must be strengthening in various sectors.”

Explaining about the historical backdrop of the two countries’ relations, Imam Khamenei noted that the Indian subcontinent reached the acme of its progress and dignity under the rule of Muslims.

“The biggest blow dealt to this important region by the British colonialists was to annihilate the prominent Islamic civilization that existed there,” Imam Khamenei stated.

During the meeting, which was attended by Iranian President Hassan Rouhani, Khan explained about his negotiations in Tehran, saying, “Many problems were solved through these negotiations and Pakistani ministers held good talks with their Iranian counterparts.”

The Pakistani PM stated that there are certain hands at work to prevent Tehran and Islamabad from getting close, adding, “We try to make relations between the two countries stronger than before and we will maintain continuous contacts with the government of the Islamic Republic of Iran.”

Confirming Imam Khamenei’s remarks on India, Khan said the British colonialists plundered all the wealth of India, destroyed its education system and made India the crown jewel of their colonial rule.

Earlier in the day, Khan held talks and attended a joint press conference with the Iranian President.

Speaking after talks with Khan, Rouhani announced that Iran and Pakistan agreed to form a joint force to eliminate terrorist groups.