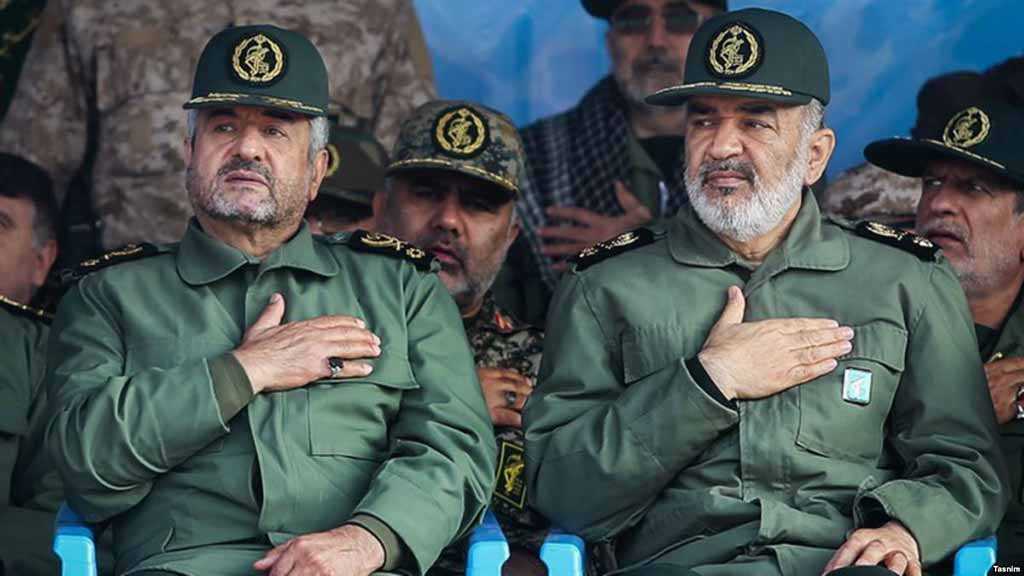 In his decree on Sunday, Imam Khamenei stated that the appointment was made in view of Salami's commitment and valuable work experience in large-scale management fields and different posts in the IRGC.

“In the light of Major General Mohammad Ali Jaafari’s opinion about the necessity of change in the [high] command of the IRGC and while thanking a decade of his valuable and voluminous and lasting services, in view of your merits and precious experiences in large-scale management [positions] and various responsibilities [that you shouldered] within the revolutionary, Jihadi and popular institution of the IRGC, I grant you the rank of major general and appoint you as the chief commander of the Islamic Revolution Guards Corps,” the Leader said in his decree.

The Leader advised Major General Salami to fully upgrade the IRGC's capabilities and preparedness in all fields, while paying due attention to the IRGC's "internal gem," that is, piety and insight.

Imam Khamenei also called for major steps to be taken under the new command towards all-out improvement of the IRGC.

The Leader also issued another decree in which he appointed the former chief commander of the IRGC as the head of Hadhrat Baqiatollah al-A'zam Cultural and Social Headquarters.

The Leader advised Major General Jaafari to take advantage of all “vast and profound” potentialities in the society to promote and expound the ideas of the Islamic Revolution.

Following the Leader’s decree, Iran's Foreign Minister Mohammad Javad Zarif issued a message addressed at Major General Hossein salami, congratulating him on his appointment as the chief commander of the IRGC.

“I congratulate you on your appointment as the chief commander of the Islamic Revolution Guards Corps on the auspicious day of the middle of [the lunar month of] Sha’ban, and wish you success and great achievement in this great position,” Zarif said.

Secretary of Iran's Supreme National Security Council Ali Shamkhani also felicitated Major General Hossein Salami on his appointment as the chief commander of the IRGC, lauding his knowledge and successful experiences in various managerial fields within the IRGC as well as his revolutionary conduct.