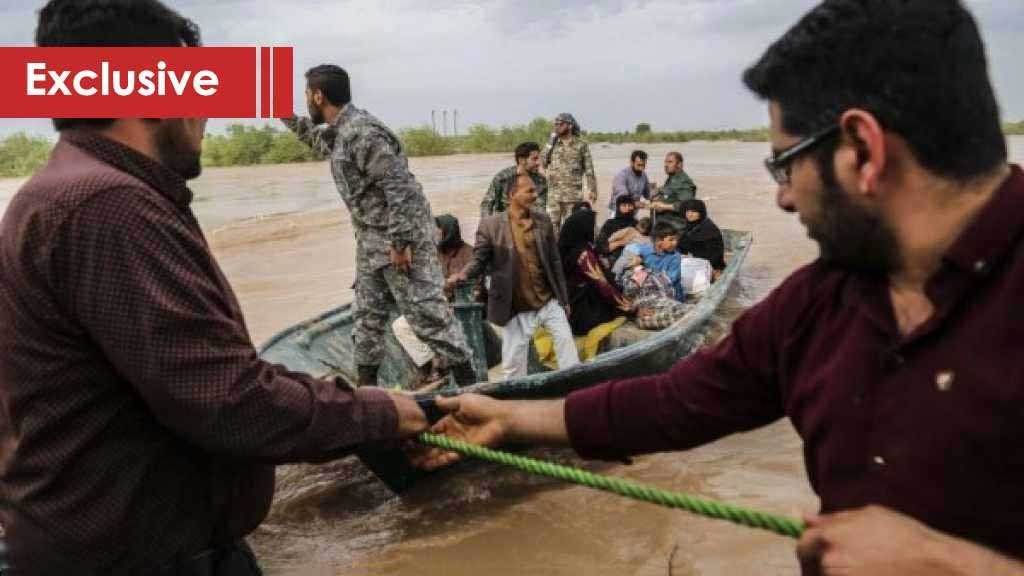 Since August 2018, US President Donald Trump has been vowing that the ‘harshest’ sanctions to be imposed on Iran will cripple its economy, reiterating that the target is not its people but rather bringing ‘change’ in the attitude of the Iranian government. More than 80 million ordinary citizens have been feeling the pinch as the rial tumbled and keeps fluctuating. Food prices, house rents, car prices soared all of a sudden and vital imported medicines and medical equipment began to run out.

Following the first round of sanctions imposed in August 2018, another round was imposed two months later in November. Recently too, the IRGC was also listed on the terror list and the American regime vowed to impose more sanctions. The US media hype makes the sanctions sound big, but what many people do not know is that many of the sanctions are not new and had already been in effect.

When Trump announced the US withdrawal from the Iran nuclear deal in May 2018, he had the nerve to say he was doing it for the Iranian people. US secretary of state Mike Pompeo also defended the re-imposition of sanctions on Iran, saying the new tough controls on oil, shipping and banking are not intended to harm the people.

All the assertions that renewed sanctions will not hurt ordinary Iranians are questioned. The sanctions have a direct impact on their daily lives. Medical groups have warned that the penalties will lead to severe shortages of essential medicines, endangering thousands of lives.

A medic at Shariati hospital, one of Tehran University hospitals told alahed news that “sanctions cause trouble in hospitals and in the health sector, with lack of instruments and some medicines.”

Dr. Vahid said that these sanctions lead to the death of some patients who cannot access treatment due to lack of essential medicines.

University students of higher education are also sarcastically affected by Trump’s policies that do not aim at targeting the people.

The faculty of Literature and Human Sciences at the prestigious Tehran University was coordinating with Arizona University to have a live-stream of the Second North American Conference in Iranian Linguistics (NACIL2), which took place April 19-21, 2019. Registration doors were open for academics and students in Iran to be part of scientific research and discussion.

A few days later following registration, the registrants received an email saying that the live-streaming on campus was canceled due to sanctions.

Simin Karimi, professor in the department of Linguistics at Arizona University wrote on her social media outlet “The cancelation of the live-streaming hit me greatly. I locked myself in my office for hours, crying like a baby, feeling totally hopeless and helpless. Why? It was so important for me to connect to our fellow linguists in Iran, to make it possible for the young generation of the Iranian linguists to be able to present their work, get feedback, hear about the research of their fellow linguists around the world, and benefit from this highly academic interaction. I thought this was a victory of technology beating politics”

She went on to say “This poster was circulated through the emails of participants with the words “cancelled” and “sanctions” on them, informing the participants of the cancellation of the live-streaming and asking them to provide their bank account numbers so that they get a refund for their registration fees.”

So the “devastating” impact of sanctions amounts to “collective punishment” of Iranian citizens for choosing to be different. However, what Trump and his friends at the White House do not understand is that Iran is a country of vast resources. Even when sanctions brought a drastic decline in exports — as was the case in the years leading up to the nuclear deal — the country managed to remain afloat. There’s little indication that things will be different this time.

Also, depriving Iranians from attending online conferences will not prevent them from carrying on with their scientific research. A Master’s student at the Tehran University who had registered to attend the conference said it was sad news that such is the case and that the live-streaming was canceled. Preferring to speak anonymously, he said that “In 2010 alone, reports said that scientific output has grown 11 times faster in Iran than the world average, which means it was faster than any other country. These sanctions cannot stop us from doing things and cannot break our will. Trump will have to understand this: sanctions, difficulties, and hardships will only make us stronger.”

Of course, these are only two simple examples of how Trump and his administrarion have been trying to crush the Iranian people. Oh and of course there is no media coverage of these stories or other stories, it is just not in the favor of Washington to have them covered by the media. Inside Iran, Trump has succeeded in making people hate him more and more for his viciousness. On the international arena, Trump also caused himself enough trouble that he is not the elephant in the room anymore.

President Rouhani said that his country would “proudly break” the re-imposed sanctions and that Iran was engaged in “an economic war” with the United States.

Iran’s foreign minister, Mohammed Javad Zarif said the sanctions reinforced what he called the growing isolation of the United States.