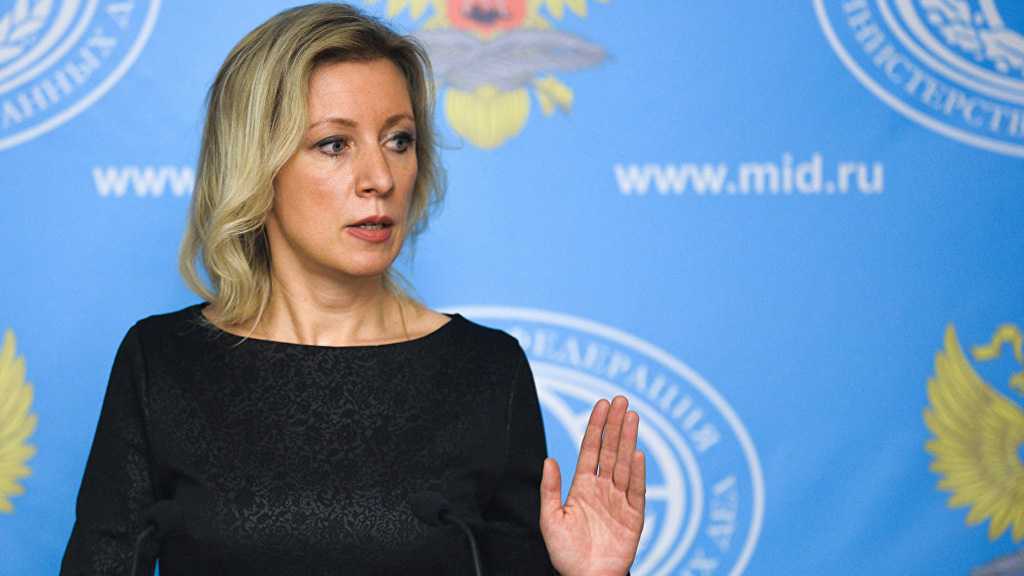 Russia renewed its warning that terrorists of al-Nusra Front, in coordination with “White Helmets” terrorists are preparing to stage false-flag chemical attacks in Idlib and subsequently placing the blame on the Syrian Army.

“The terrorists, together with the White Helmets, are preparing for further provocations aimed at accusing the legitimate government in Syria of using toxic substances,” Russian Foreign Ministry spokeswoman Maria Zakharova said at a press conference.

She added that joint exercises were held on the coverage of events by the media outlets in addition to practical exercises to eliminate the consequences of the use of toxic substances.

Last March 29, the Russian Defense Ministry announced that it had received information about the arrival of agents of the French and Belgian intelligence to Idlib to prepare for a provocation by using toxic chemicals.

Belgian and French intelligence officers, according to the ministry, met with field leaders from al-Nusra Front and so-called Hurras ad-Din [religious guards] as well as with the representatives of the pseudo-humanitarian organization ‘White Helmets’ to coordinate how to stage a new false-flag chemical provocation to accuse the Syrian army and the Russian aerospace force of using toxic substances against civilians.

Several documents were found by the Syrian Army in the areas liberated from terrorism where the “White Helmets” members were operating; these documents unveiled the organization’s strong connection with and support to terrorist organizations, especially “Jabhat al-Nusra” and their role in staging false-flag chemical attacks on civilians, as happened in Eastern Ghouta in Damascus countryside and in several areas in Aleppo to accuse Syrian Arab Army.