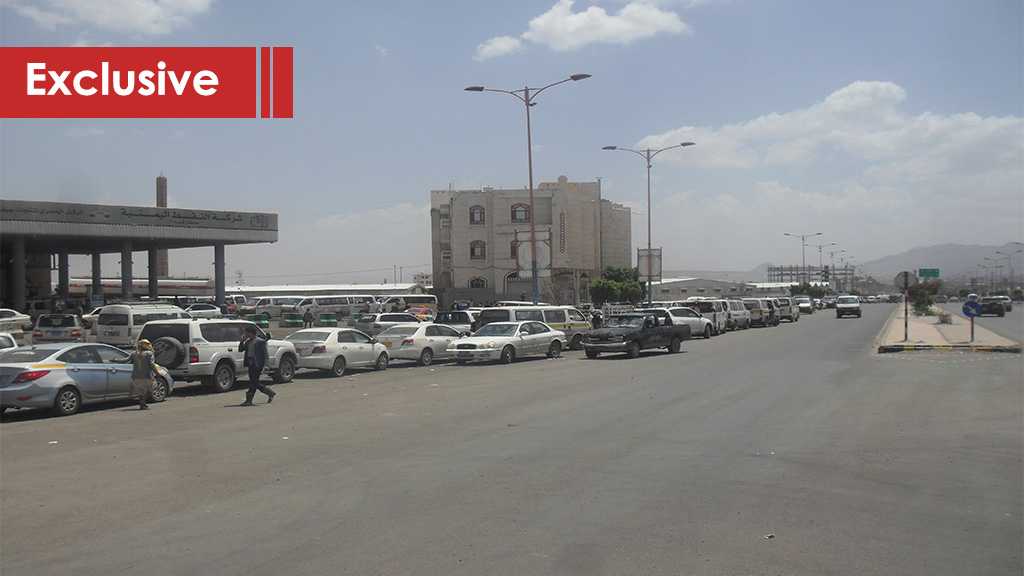 Sana'a - A senior health official at the Saudi-German Hospital warned on Thursday of grave consequences of fuel crisis in his hospital in the blockaded Sana'a.

"If we are not able to have diesel within a week [to run generators], we will be forced to close the hospital," the Managing Director of the Saudi-German Hospital Abdul-Aziz al-Da'ai told al-Ahed.

Al-Da'ai pointed out that his hospital consumes about 4,000 liters of diesel per day, making it the first private hospital using this quantity.

"The lack of diesel is causing a major humanitarian disaster.  Our Intensive Care Unit, Operations Room, and almost everything in the hospital depends on diesel," al-Da'ai added.

The company's station number 11 northern Sana’a city, close to Sana'a International Airport Road, is less than 100 meters from the hospital. The hospital's bodyguards struggle to prevent cars standing in the longest ever queue for fuel to reach the petrol station from cutting its main gate entrance as cars stand stuck in  one after another to prevent a new car to get in.

In the queue, all kind of cars can be seen. Other car owners carrying their guns don't abide by the queue to reach the station and park outside the queue for a chance to get in, but soldiers prevent them.

Jameel al-Haimi, father of five children who lives in a rented house, however, said he is not bothered by these people, though he has been waiting in the queue since yesterday.

"Honestly, I have been in the queue since yesterday afternoon. I slept here and you can look at my blanket," al-Haimi told al-Ahed, pointing out that his taxi is the sole source of livelihood for his family and an ill grandmother.

Martin Griffiths, the UN special envoy for Yemen during his briefing to the Security Council two days earlier, said the economic situation in Yemen remains extremely fragile. "Commercial ships face difficulties accessing Hudayda, and fuel prices are on the rise."

"The aggression, Abed-Rabuh Hadi who brought the aggression, his gangs and his mercenaries bear the full responsibility for this crisis," al-Haimi noted.

Meanwhile, Yahya Ghuthaim, manager of the nearby oil company Station 11, told al-Ahed that while many of his friends, soldiers, and armed men, trying to persuade him of their special circumstances and allow them to get fuel without waiting in the queue.

"As you see, this is a humanitarian disaster, all people are in the queue, doctors, medics, staff, workers, farmers, even my friends who try to convince me of giving a waiver to get fuel with no queue. This is a disaster and the street you see reflects this," Ghuthaim explained.

"The [Saudi-led] coalition bear the responsibility for this," Ghuthaim said. "Is there any [party] other than it?" he wondered.