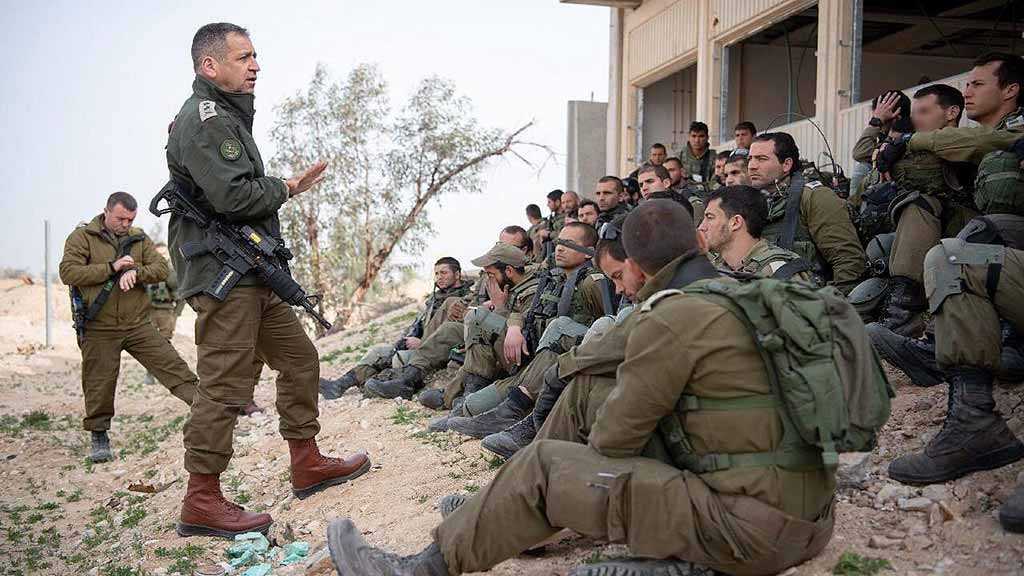 Three months into his tenure as chief of staff, Lt. Gen. Aviv Kohavi set out the framework for his multi-year plan to improve the “Israel” Occupation Forces, some parts of which will be rolled out shortly, while others will require budgetary and legislative approvals before they can be implemented.

According to the IOF, Kohavi’s plan, known as “Readiness and Change,” focuses on continuing and strengthening two existing trends within the military: greater distribution of technology and intelligence throughout the military and better cooperation between its various different branches and units.

“Readiness and Change” appears to be concerned with shorter-term changes to the military that are designed to quickly boost efficacy — what the military typically refers to as “lethality” — whereas the previous chief of staff Lt. Gen. (res.) Gadi Eisenkot’s multi-year Gideon plan was aimed at longer-term, structural changes within the IOF.

Kohavi’s plan will also include the creation of a unit within the IOF Planning Directorate, headed by a brigadier general, to be known as “Fighting methods and modernity” that will focus on integrating new techniques and technology into the IOF, the army said.

A new target-picking task force will also be established, bringing together Military Intelligence, the “Israeli” Air Force and the three regional commands. The task force will comprise existing elements of those units and will also expand the use of technology — namely artificial intelligence and big data — in identifying potential targets for military strikes.

“This will improve the number and quality of the targets in the different regions,” the military said Thursday.

While Kohavi’s plans are meant to affect the entire military, the main beneficiaries of the proposals are the IOF’s ground forces — infantry, tanks, artillery, and combat engineering — which have been at the center of both public and internal military debate in the past year concerning their preparedness for war.

In order to increase the ground forces capabilities, the military plans to provide them additional resources, particularly in the form of anti-tank guided missiles and greater access to air power.

“This will strengthen the fighting force of the combat soldier, will defeat the enemy and will very powerfully and very quickly deny [the enemy] of its capabilities,” the military said.

These additional, expensive resources will require budgetary approval from the government.

Another potentially costly proposal from “Readiness and Change” is a plan to connect nearly all branches and units of the military to an IOF intranet, allowing intelligence and operational information to be shared far more quickly than today.

A task force within the IOF General Staff will lead the project, the army said.

“This comes from an understanding that advancing this issue will allow better collaboration and connectivity throughout the military and will connect all the troops and platforms on the battlefield to one another,” the IOF said.

Kohavi also called for the implementation of an existing plan within the military to form a combined unit made up of infantry, combat engineering, artillery, air force and intelligence. Currently, the various units regularly collaborate with one another but are kept structurally separate; under the plan, which was first proposed under Eisenkot, the elements will be brought under one roof.

“This will be the model for the future changes in the maneuvering units,” the military said, using its term for ground forces.

Toward the end of his first year as IOF chief, in late 2015, Eisenkot began rolling out his Gideon Plan, which was aimed at increasing the military’s efficiency and cutting waste.

The Gideon Plan came under significant criticism in recent years, chiefly by former military ombudsman Maj. Gen. (res.) Yitzhak Brick, who claimed that it was contributing to a decline in the IOF’s preparedness for war and in the quality of its officers.