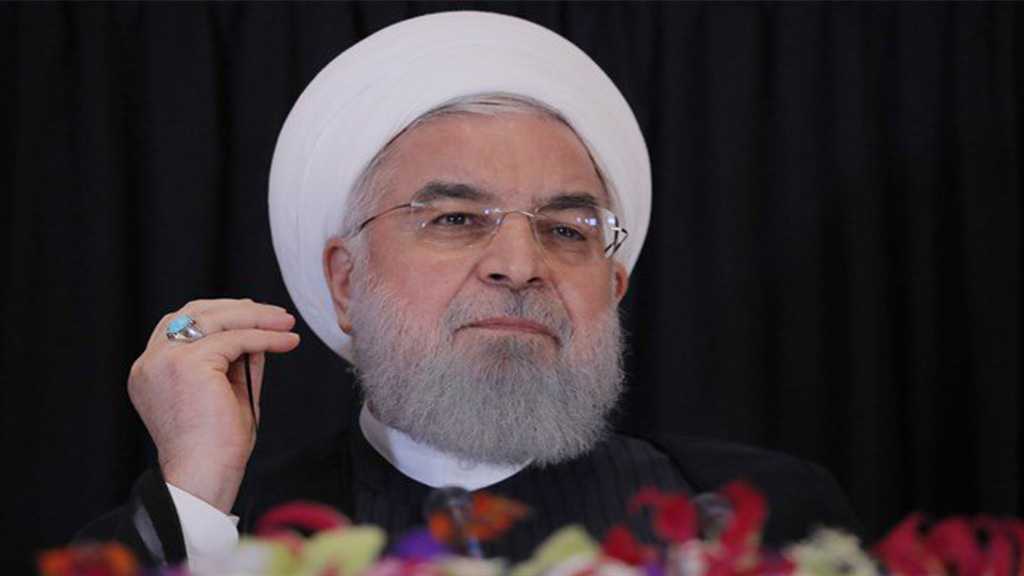 He further condemned the highly American hostile policies against the Iranian nation, the latest of which saw Washington designate an important section of Iran’s Armed Forces -- the Islamic Revolution Guards Corps [IRGC] – as a “foreign terrorist organization,” in an unprecedented move that runs counter to international regulations.

Rouhani described the designation as “abhorrent,” emphasizing that “insulting the IRGC is an insult to all [Iranian] Armed Forces, and an insult to the great Iranian nation.”

In the face of America’s blacklisting, “All people stood in unison by the IRGC and will continue to stand by it because the IRGC has always been and will remain at the nation’s side.”

He also said Iran’s Armed Forces do not pose any threat against regional nations and their national interests, but they “stand against invaders.”

The president further warned that the Zionist regime as well as the US and other big powers do not favor stability, security, integrity and brotherhood in the region, and that is why they militarily intervene in its countries, he added.

“The region’s nations have lived alongside each other for centuries and never had a problem... If there is a problem, it is caused by others,” Rouhani said, calling on regional nations to stand united in the face of aggressors.

The crimes being committed by the US military in Afghanistan, Iraq, Syria, Yemen and other countries has brought nothing other than misery, agony and carnage to the region, Rouhani said.

He said it was the power of regional nations and Iran’s Armed Forces – including the IRGC – that foiled America’s ominous plot for the region by defeating its terrorist proxies there.

Rouhani noted that the US is angry with Iran’s Armed Forces, Lebanon’s Hezbollah movement, Iraq’s Hashd al-Sha’abi fighters and Yemen’s Popular Committees due to their resistance against American conspiracies.

“The Americans and their stooges in the region and the Zionist regime could not imagine that regional nations with the help of Iran, its Armed Forces and the IRGC could annihilate all their proxies, i.e. terrorists, in the Middle East,” he said.