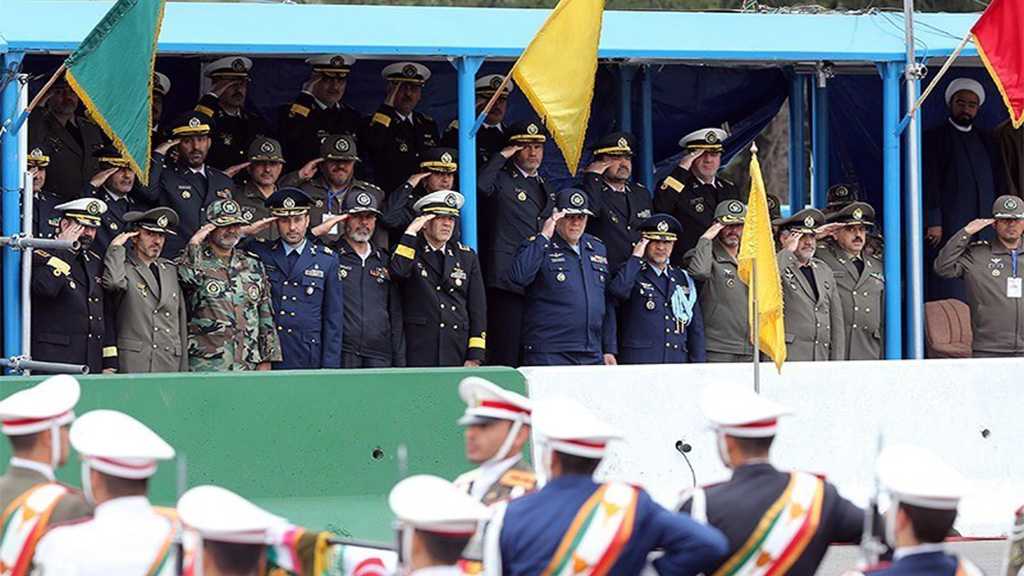 Iran is marking its National Army Day with large-scale military parades across the country, showcasing its latest achievements in the defense sector.

Units of the Iranian Army’s Ground Forces, Navy, Air Force and Khatam al-Anbiya Air Defense Base are taking part in the parades, which are underway across the country.

In Tehran, President Hassan Rouhani and top military commanders of the Army and Islamic Revolution Guards Corps [IRGC] are attending the parade near the mausoleum of Imam Khomeini, the late founder of the Islamic Republic.