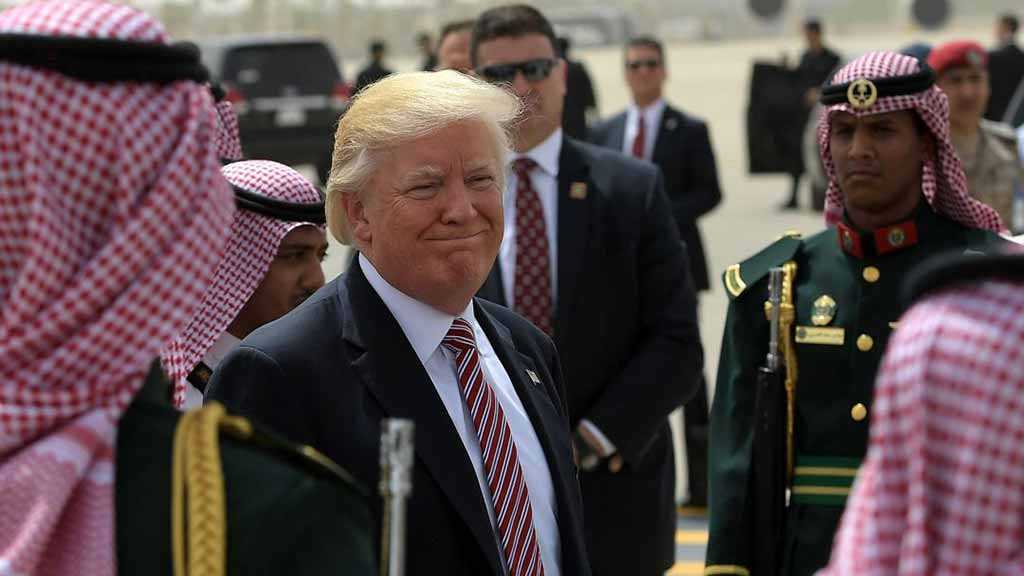 “The enemy of my enemy is my friend” is and ancient proverb that is never outdated when it comes to politics and geostrategic policies. Given the light of the situation in the region, the “Israeli” entity is literally in its pursuit.

“Israel” is smart enough not to tarnish its hands with its dirty work against Iran and have others do that on its behalf. But this time, it’s not the United States – its best friend and long supporting ally – instead, it has been focusing on our side of the globe: the Middle East.

Not long back, the “Israeli” entity has been engaged in normalization efforts with various Arab nations among which are Bahrain, Saudi Arabia, the UAE and Oman; the same countries which are also part of a Saudi Arabian initiative called the so-called “Arab NATO” – the Middle East Strategic Alliance [MESA] – to combat Iran in the region.

The kingdom on April 8 hosted a meeting with the high-level participation of Saudi Arabia, the United States, the United Arab Emirates, Bahrain, Kuwait, Oman, Qatar and Jordan. According to the Saudi WAS news agency, the meeting was “an important step to launching the alliance, which aims to strengthen the security and stability of the region and the world.”

Sulaiman al-Oqaily, a Saudi political analyst, says there must be one strategy among the Arab nations that form the alliance, as well as a clear target in order for such an endeavor to succeed.

First, al-Oqaily points out that there must be one united Arab bloc that has agreed that the “Arab NATO” would protect the Arab world from all kind of threats and security challenges. “Its members’ motives and determinants have to be the same,” he says.

Al-Oqaily says that the sectarianism with which Iran targets the Middle East is more dangerous than Israel.

“Iran is taking advantage of its culture and religious links to the Arab world to expand there and destroy it,” he claims. “‘Israel’ can’t violate the Arab society like Iran, but through its intelligence services.”

He also speculates that if Iran weren’t involved in Iraq, the latter would have peace by now.

The US administration has since last year been exploring the creation of a new security body comprising Middle Eastern countries that would be geared toward countering Iran. Reportedly, MESA member-states would seek deeper cooperation in the realms of missile defense, military training and counter-terrorism, while strengthening broader political and economic ties.

“It would serve as a bulwark against Iranian aggression, terrorism, extremism and will bring stability,” a spokesperson for the White House’s National Security Council alleged in reference to the potential association last year.

“It’s not a new project. However, its implementation is what matters,” says Qassem Qaseer, a Lebanese political analyst. He confirms that the US has been working with Arab states for a while now to form such a body, noting that “the issue remains with the different agendas and political approach of its member of states.”

For example, Qaseer says that the Arab countries don’t agree on more than one critical issue, pointing out that the Arab NATO is still an idea with no structure.

“They aim to pressure Iran on the ground by such initiative, although, they need to make it a reality first,” Qaseer says. It is noteworthy that the Idea of an Arab NATO coalition is one of the results of the Arab-Islamic summit hosted by Riyadh in May 2017.

Over the past year, senior American officials, including President Donald Trump’s adviser Jared Kushner and international negotiator Jason Greenblatt, have conducted shuttle diplomacy among Middle East capitals. These visits have laid the foundation for MESA, although the notion reportedly was first raised by Saudi Arabia.

Regarding the “Israeli” entity, its relations with regional Arab nations are by most accounts improving, primarily the result of a shared interest in curbing Iran.