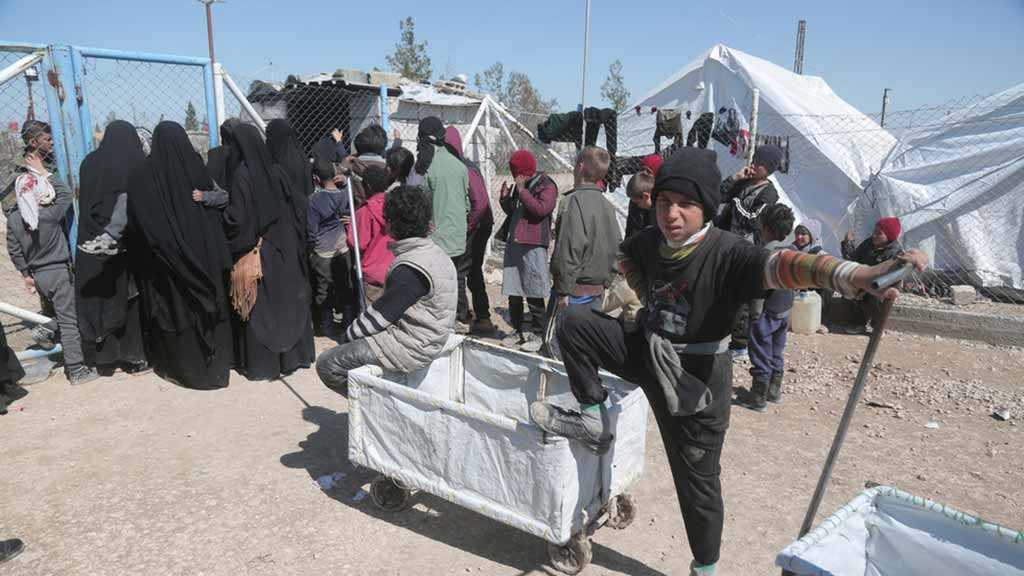 The head of the Russian Reconciliation Center in Syria, Maj. Gen. Viktor Kupchishin, reported on Wednesday that the situation in the camp is teetering on the brink of a catastrophic humanitarian disaster. Citing a woman, who was lucky enough to escape the camp, he said that “between 10 and 20 people die each day, including children.”

“In the past week, due to the lack of medicines, food and unbearable living conditions, seven children died in the camp,” Kupchishin said. The death toll among children alone has climbed to 235, he said. The official called on international organizations to step in to improve conditions at the overcrowded camp, which has grown to be one of the biggest east of the Euphrates.

Kupchishin pointed out that Damascus has been offering resettlement schemes along with security guarantees to those internally displaced by the years of bloodshed. The Syrian government has set up temporary shelters for evacuees and offered to streamline the process of issuing new identification papers.

However, so far Damascus has seen little to no cooperation from the US-led coalition forces that control the infamous Rukban camp near the al-Tanf base, as well as the territory where there al-Hol camp is located.

Buses that were to ferry the refugees from Rukban were forced to turn away after being denied access by the US last month, and attempts by the Russian military to discuss the situation concerning refugees trapped in Rukban has so far yielded no results.

The International Committee of the Red Cross has also sounded the alarm over the rapidly deteriorating situation at the al-Hol camp. Upon visiting the camp last month, ICRC President Peter Maurer said he was “shocked” by the stories “of children and women dying in big numbers because of all the difficulties.”