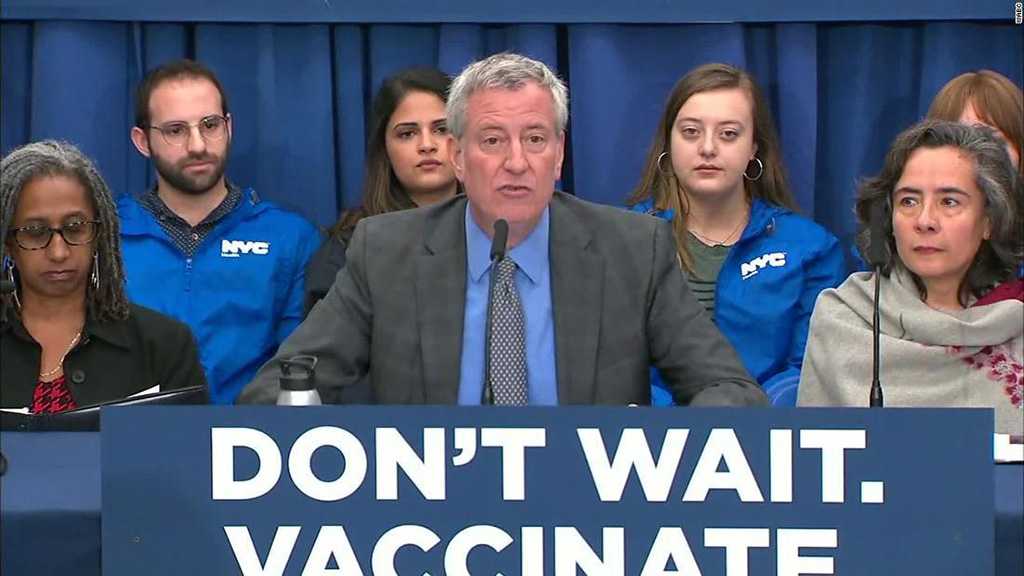 A measles outbreak in Brooklyn prompted New York City on Tuesday to declare a public health emergency, requiring unvaccinated people in the affected areas to get the vaccine or face fines.

The city’s largest outbreak since 1991 of the once virtually eradicated disease has mainly been confined to the Orthodox Jewish community in the borough’s Williamsburg neighborhood, with 285 cases confirmed since October, Mayor Bill de Blasio announced at a news conference.

That’s up sharply from only two reported cases in all of 2017.

“This is the epicenter of a measles outbreak that is very, very troubling and must be dealt with immediately,” de Blasio said. He was joined by city health officials who decried what they called “misinformation” spread by opponents of vaccines.

The measles virus is highly contagious and can lead to serious complications and death.

While there have been no confirmed deaths so far, 21 people have been hospitalized, with five admitted to intensive care, officials said. All but 39 of the confirmed cases are in children.

The outbreak is part of a broader resurgence in the United States, with 465 cases reported in 19 states so far this year, according to the US Centers for Disease Control and Prevention.

The United States declared measles eliminated from the country in 2000 thanks to widespread vaccination, meaning it is no longer constantly present. But vaccination rates have declined in recent years, according to infectious disease experts.

One new coronavirus death in Lebanon; total cases up to 446: Health Ministry