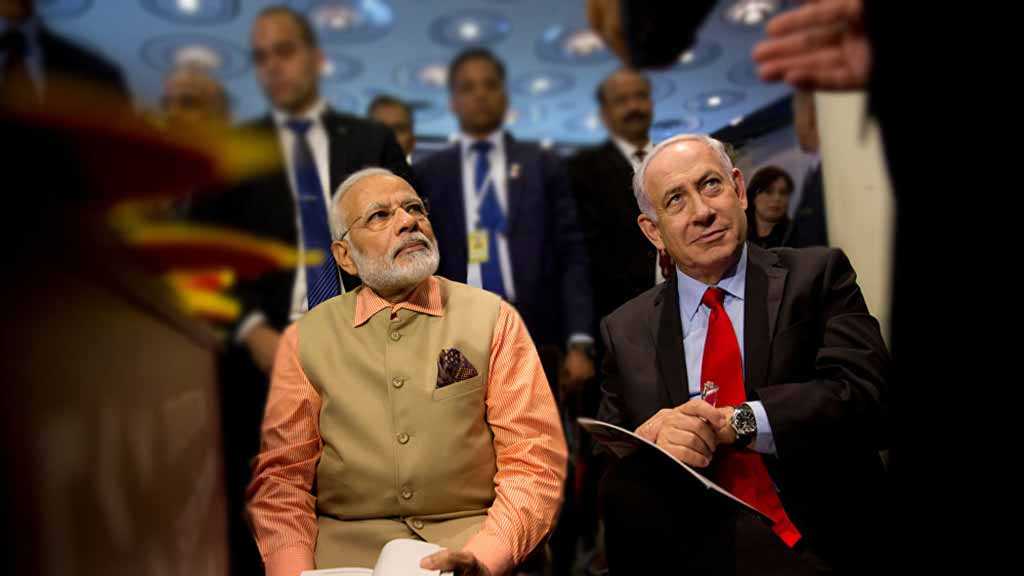 Pakistan Prime Minister Imran Khan on Tuesday launched a scathing attack on Indian Prime Minister Narendra Modi and “Israeli” Prime Minister Benjamin Netanyahu on the day when the “Israeli” entity is voting to elect its next government; India will begin the voting process for its general elections shortly.

"When leaders in ‘Israel’ and India show a moral bankruptcy in their readiness to annex the occupied West Bank and India-Occupied Kashmir in defiance of international law, UN Security Council resolutions & their own Constitution for votes, don't their people feel a sense of outrage and wonder how far they will go simply to win an election?" Imran Khan tweeted on Tuesday.

“Israelis” are voting on Tuesday, with Netanyahu, leader of the right-wing Likud Party, seeking a fifth term in office.

Around 900 million will begin casting their votes starting on 11 April in a seven-phase polling process in India that will end with the announcement of its results on 23 May. The ruling Bharatiya Janata Party (BJP) hopes to retain control of the 543-seat Lok Sabha (Indian Lower House of Parliament).

"Our duty is to protect our nation, while Congress (the country's main opposition party) and its supporters are anti-national. They are in favour of Article 370 (pertaining to unfair privileges to the strife-ridden state of Jammu and Kashmir). What Congress's sham document (manifesto) is stating is exactly what Pakistan is saying," PM Modi thundered at an election rally on Tuesday.