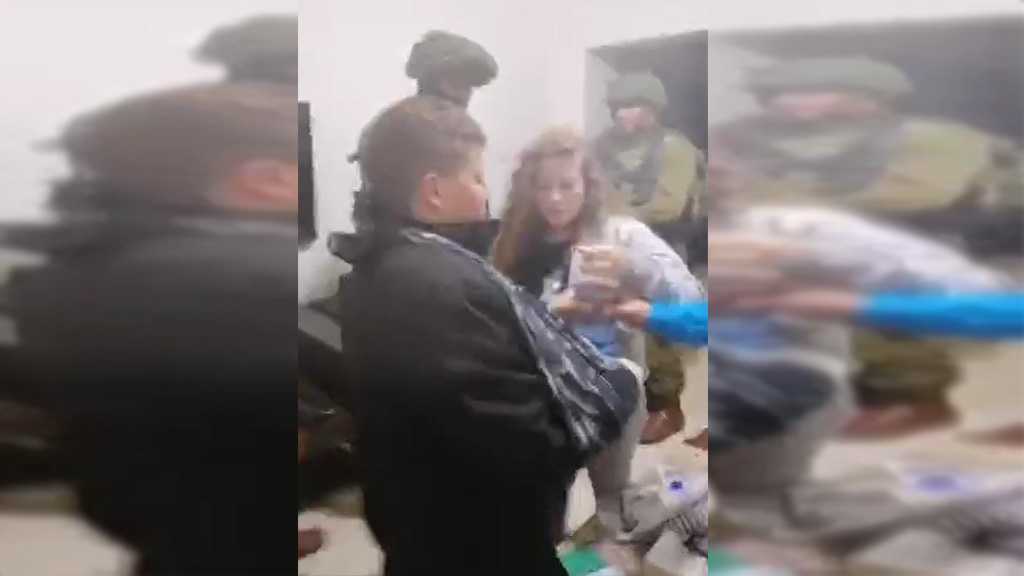 The family of Palestinian resistance icon Ahed Tamimi reported that her younger brother has been arrested in their home in the occupied West Bank.

He further noted that Mohammed broke his arm over the weekend running from tear gas during protests in their village and suspected he was arrested for throwing stones at ‘Israeli’ soldiers.

The military said it arrested 21 Palestinians overnight for rioting and other disturbances, without providing further details.

Ahed Tamimi served eight months in an ‘Israeli’ prison for slapping two ‘Israeli’ soldiers in an incident captured on film that made her a symbol of Palestinian opposition to ‘Israeli’ military rule. In a video taken of her brother’s arrest she yells: “Stop, or I will hit you.”