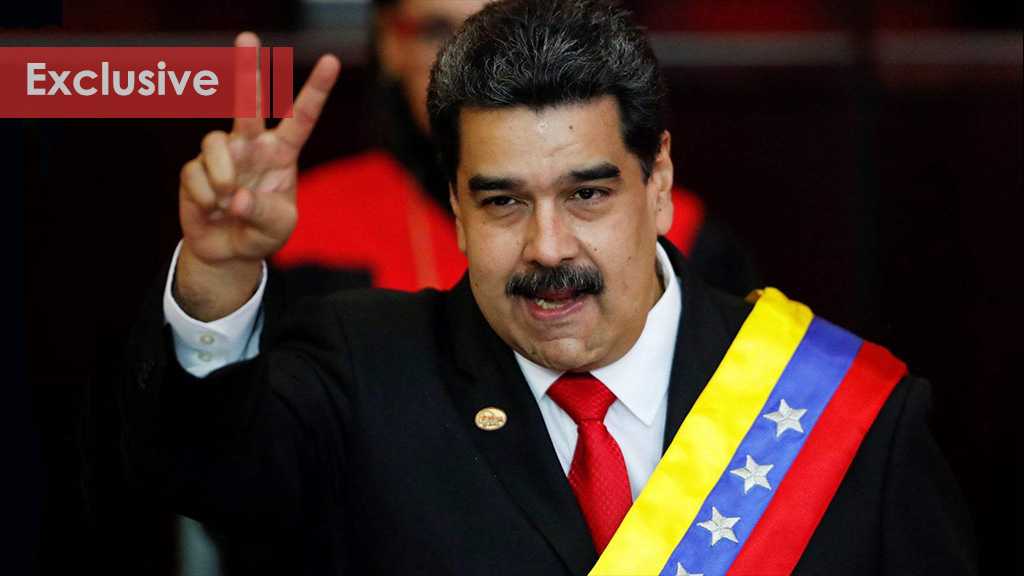 The Russians and the Americans chose a luxury hotel room in Rome for their discrete diplomatic exchange on Venezuela's political crisis.

The March 19 meeting between US Special Envoy for Venezuela Elliott Abrams and Russian Deputy Foreign Minister Sergei Ryabkov came on the heels of a series of events that set off alarm bells in the Kremlin.

In late February, the US attempted to use humanitarian aid shipments to instigate a confrontation between Venezuelan security forces and opposition factions.

Almost simultaneously, American-backed, self-proclaimed President Juan Guaido called for a foreign intervention while the party line in Washington remained unchanged – all options were still on the table.

Finally, Venezuela was struck by the first of two massive blackouts, which many suspect are the result of US cyber attacks.

Although the details of the tete-a-tete between Abrams and Ryabkov remain a secret, the latter did reveal that he articulated Moscow’s ‘red lines’ during the Rome meeting.

Ryabkov said that the American side was warned “against any temptation to resort to military power” in Venezuela.

“We assume that Washington treats our priorities seriously,” he added.

But the talks in Rome had clearly failed to compel Washington to change course, or as Abrams so eloquently put it, the two sides “did not come to a meeting of the minds”.

And so, just a few days later, Moscow offered proof that Ryabkov’s warnings were more than just a mere boasting exercise.

From Moscow to Caracas via Syria

Just like the details of the Ryabkov-Abrams meeting, the exact contents of the Russian shipment to Venezuela remain unknown to the public.

But the snippets of information released are meant to highlight the Kremlin’s readiness to confront the US-backed regime change operation against President Nicolas Maduro.

For starters, the man leading the Russian contingent in the Latin American state is the First Deputy Commander-in-Chief of Land Forces, Colonel General Vasily Tonkoshkurov.

Interestingly, Tonkoshkurov and his team passed through Syria on route to Venezuela.

The passenger aircraft landed in Damascus, while the heavy transport plane, which was carrying the equipment, flew via the Russian military’s Khmeimim air base outpost.

A few hours later, the men getting off the planes on the tarmac in Caracas were photographed wearing desert camouflage uniforms, similar to those worn by Russian personnel in Syria.

Although Moscow claims the deployment is the result of existing “contracts on military and technical cooperation”, it is doubtful that the Russians traveled to the Bolivarian Republic just to school the Venezuelans on how to use armaments that have been in their possession for years.

Instead, Russia insiders maintain that the men dispatched to Venezuela have spent years fighting back American attacks in Syria, which includes the shooting down of Tomahawk missiles.

Their expertise is a key component in readying Venezuela for any potential American military adventure.

Meanwhile, speculation is rife that the tons of cargo did not include weapons, but advanced technological equipment for data gathering and electronic warfare.

These are not only useful in direct military confrontations, but also in counterinsurgency warfare and in subverting so-called activism by the opposition.

The arrival of the Russians in Venezuela may already be putting the wind in Maduro’s sails.

The Venezuelan leader, who exercised a great deal of restraint over the years when dealing with destabilizing forces in his country, now appears to be positioning himself to move against Guaido.

The decision paves the way for possible legal proceedings against the 35-year-old over charges of inciting violence and engaging in illicit financial activity.

Naturally the news prompted a fresh round of threats from Washington, where officials promised that the “US will not stand idly by”.

The US national security adviser, John Bolton, said that foreign military assets in Venezuela would be treated “as a direct threat to international peace and security in the region.”

But beneath all the chest beating lies the realization that Washington’s options in Venezuela have become extremely limited.

The acting Pentagon chief Patrick Shanahan has even openly hinted that the US is not considering military action as a way to resolve the Venezuelan crisis.

Meanwhile, Donald Trump – who initially told the Russians to “get out” – explained last Friday that his strategy involves “talking about a lot to a lot of people, perhaps President Putin."

Whatever “priorities” Abrams ignored in Rome last month, he is sure to be listening now.