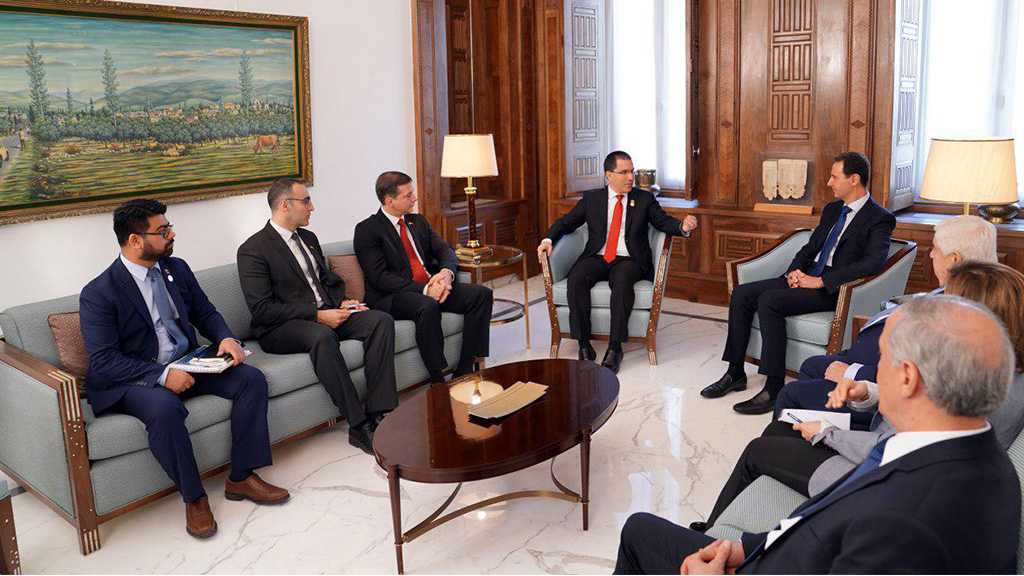 Syrian President Bashar Al-Assad warned that the war in his country has much in common with the political crisis gripping Venezuela, where outside players try to meddle in domestic affairs and undermine sovereignty.

Receiving Venezuela’s Foreign Minister, Jorge Arreaza Al-Assad explained: “What is happening in Venezuela is similar to the developments in Syria.

He further cautioned that “Those interfering in both crises seek “hegemony” over Syria’s and Venezuela’s sovereignty.”

Slamming the US-led “flagrant interference” in Venezuela’s domestic affairs, the Syrian president said sanctions and embargoes became playbook examples of pressuring “anyone who does not adhere to their policy.”

For his part, Arreaza thanked President al-Assad for his supportive stance to Venezuela with regards to overcoming its current crisis and stressed that the tools and steps used by the states, which are enemies of Venezuela, are similar to those used in Syria for igniting war in it.

“What has happened to our country is an episode of a series of the US continuous attempts for decades to control the Venezuela’s independent decision and the Venezuelan people’s resources,” he added.